THE CONSTRUCTION sector returned to growth after the holiday break, analysts say. 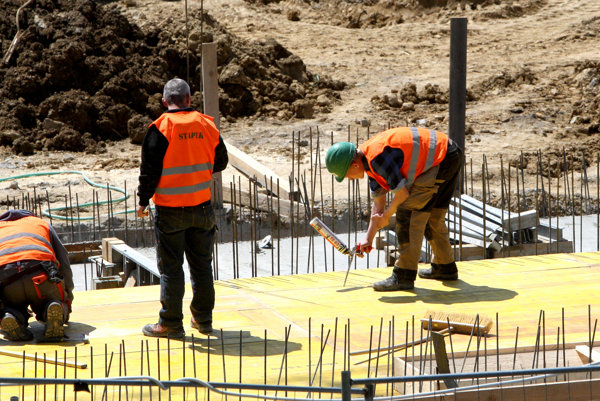 “The main drawing force of the sector remains the construction of infrastructure (an increase by 68.6 percent year-on-year in September), which is supported by drawing the EU funds from the currently ending programming period,” Ľubomír Koršňák, analyst with UniCredit Bank Czech Republic and Slovakia, wrote in a memo.

Moreover, the construction of buildings increased by 7 percent y/y, which confirms the restoration of the real estate market, he added.

As a proportion of domestic output, new construction including modernisation and reconstruction reached 76.9 percent in September, an increase by 6 percentage point y/y.

The volume of work on new construction including modernisation and reconstruction rose by 24.1 percent to €2.653 billion. The value of repairs and maintenance remained unchanged y/y at €851.3 million.

Since the construction works on public orders co-financed from the EU funds should be completed by the end of the year, the construction output will maintain relatively good figures also in the coming months, says VÚB bank analyst Andrej Arady.

however, Koršňák adds that the annual growth dynamics will gradually slow down.

“Completing the projects financed from the previous programming period at the end of this year will most probably negatively impact the construction performance in the beginning of next year,” he said.