THE APPROXIMATELY 10-kilometre section of the R2 expressway section between Pstruša and Kriváň (Banská Bystrica Region) was ceremonially opened for the driving public on November 10. 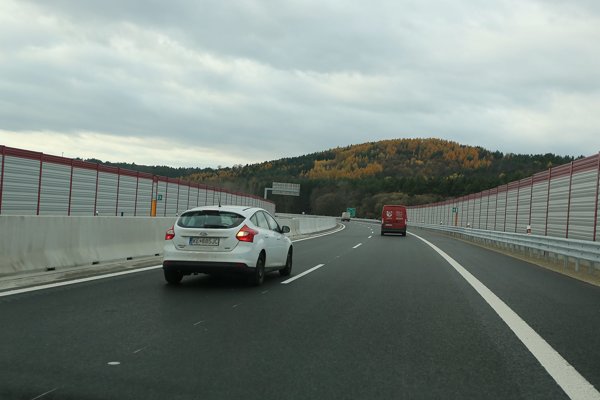 The new road will shorten the journey by about six minutes when compared to the respective first-class route through Detva. The road was built by a consortium of Strabag, Doprastav and Váhostav-SK within two years. The costs were set at €177.96 million. The project was co-financed from the European Regional Development Fund via Operational Programme Transport, the TASR newswire wrote.

The expressway should unburden traffic on the current I/50 first-class route that goes via Pstruša and Detva. This road section is considered to be dangerous. Previously, the intensity of traffic on the road was 15,000 vehicles per day. Now that the new road is completed, it is expected that 80-90 percent of the traffic will move onto the expressway. It is also thought that the high number of accidents between Zvolen and Detva will be reduced.

“It’s good mainly for our pensioners and children,” said Kriváň Mayor Imrich Palko, as quoted by TASR. “Now they can walk the road safely.”

Another section being constructed at the moment is the eight-kilometre Pstruša-Zvolen stretch. This section will have seven bridges, with the longest one over the Slatina River spanning 460 metres. The section should be completed in mid-2016, said Transport Minister Ján Počiatek. A tender for a new feasibility study was announced recently as the construction work was halted due to possible issues with underground mineral water at the town of Sliač.

The opening was, however, accompanied also by a minor incident when some people threw eggs at the speakers at the grand opening of the R2 section. Počiatek described this as the chosen tactics of certain political parties in the run up to the general election due in the spring of next year, TASR wrote.