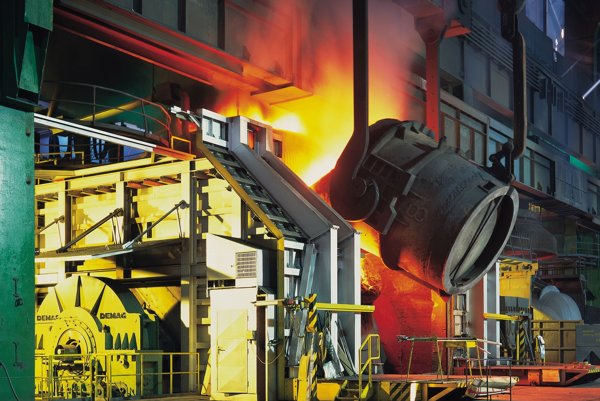 WHILE the EU economy and industry ministers failed to agree on November 9 on urgent measures that steelmakers are demanding to stem a flood of cheap imports from China, Slovak Economy Minister Vazil Hudák admitted that the situation regarding steel production is important also for Slovakia as each fourth employee works in the steel industry or is interconnected to steel in terms of work. U.S. Steel Košice is one of the biggest employers in Slovakia while there are three carmakers in the country, among others.

“I met with representatives of U.S. Steel Košice and on the basis of a talk with them I feel that also our producers are starting to feel the pressure caused especially by increased imports of steel from China,” said Hudák after the EU ministerial meeting in Brussels as cited by the SITA newswire.

The ministers agreed on the gravity of the situation and the need to take concrete actions. Luxembourg has called for a conference later this year to consider a response, Reuters reported.

Hudák warned that it is impossible to adopt very fast measures during this phase, recalling that we are part of the WTO and that free trade principles should be obeyed. But he believes that there are instruments for protection of the market that the European Commission or producers themselves can introduce, like tariffs balancing the difference between dumping and market prices.

Miroslav Kiraľvarga, U.S. Steel Košice vice-president for external relations, business management and development, claims that the crisis in the European steel industry persists even after the European Commission introduced its Steel Action Plan in 2013. He said that the crisis continues also because there is an excess of competitive products coming to Europe from eastern countries.

“We’re speaking mainly of China which doubled its production capacity at home,” said Kiraľvarga as cited by SITA. “Its demand has decreased and it looks for markets to export to. And it has found those countries in the EU. Chinese exports of steel to the EU have doubled since 2013.”

Kiraľvarga added that prices the Chinese side offers to the European market are so low that they even do not cover production costs, thus dumping prices.

“Therefore we think there is a need for the EU to come up with a radical solution in a short period of time, within less than one year,” said Kiraľvarga.

According to Kiraľvarga, the most effective solution for the Košice plant as well as European steelmakers in general would be immediate measures to reduce import of products with dumping prices to curb the volume of their imports to the EU market.

From the long-term point of view the Košice plant and European steelmakers in general have to look especially at energy costs because energy prices in Slovakia are two times higher than in, for example, the US. It will be also necessary to focus on EU environmental projects to which the EU emissions trading system is related, Kiraľvarga added.

In the meantime the Slovak Economy Ministry has asked the Robert Fico cabinet to cancel one of the tasks from a resolution from April 2014. On the basis of this resolution the ministry should have prepared proposals of measures to support short- and long-term activities with the aim of supporting local industry. According to the ministry, it was enough to carry out four measures from the action plan for competitive and sustainable steel industry in Slovakia while for now there are no financial resources at disposal.

The cabinet originally wanted, apart from others, to help the steel industry also via reduction of energy costs whose prices are partly regulated. The tasks for the ministry included elaboration of an analysis of all regulated fees affecting the final price of electricity which has not yet been published. Also an analysis of mechanisms of support for renewable energy sources or other forms of energy in terms of end energy prices for the energy- intensive sectors should have been elaborated, but such an analysis has not been elaborated yet. The Office for Regulation of Network Industries (ÚRSO) should have prepared a concept of regular assessment and comparison of the structure of costs of energy supplies for the Slovak steel industry compared with other EU economies and other important competitors.