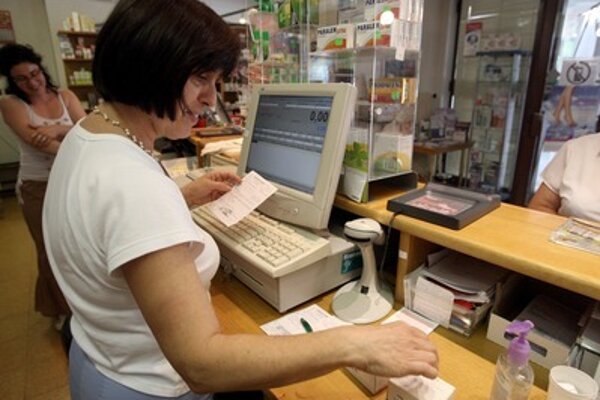 An ineffaceable strip and micro fibres visible only under UV light are two means of protection that the Bratislava Self-governing Region (BSK) has proposed. A similar proposal was submitted by the Slovak Pharmacists Chamber (SLEK) in the spring of this year.

The time at which the change should take place has not been specified as yet, according to Health Ministry spokesperson Peter Bubla.

Dozens of fake medical prescriptions have been discovered, while the value of falsely prescribed medicines has reached several tens of thousands of euros. The most commonly falsified prescriptions are for sedatives, painkillers, cytostatics and other drugs for treating cancer.

“The proposed security element would be located in the bottom right corner of the prescription form in the shape of a rectangle with a special colour, and when this is scratched by a coin a small ineffaceable strip would appear,” said BSK doctor Valerián Potičný.

A second element would involve microfibres directly incorporated into the paper and visible only under UV light.

The cost of a medical prescription with such protection could be even lower than it currently is. The price of a 100-prescription package currently hovers between €1.58-1.66. The price of the same package but with protecting elements could drop to between €0.78-1.07. This price was calculated by a market analysis.

Counterfeiting medical prescriptions will not be entirely rooted out with the introduction of protective elements. In many cases it’s the doctors’ stamps that are being falsified. Sometimes this can be detected by mistakes in Latin grammar, but the problem is that not only drug addicts but also doctors falsify medical prescriptions, mainly so that drugs can be sold abroad.