ENGLISH theatre, or rather theatre in English language, does not have deep roots in Slovakia, and is not the most-visited genre (except maybe for some performances at festivals, comfortably equipped with Slovak subtitles). 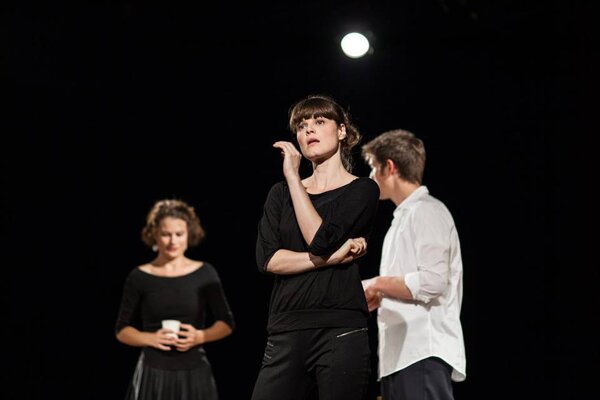 But the first year of the Bridgin’V4 festival which presented English-speaking educative theatres from the Visegrad Group countries (Slovakia, the Czech Republic, Hungary and Poland) showed some of the so far untapped possibilities in five stagings in two days (plus a workshop for professionals) on October 15th and 16th, in the local House of Culture in Pezinok.

One performance that definitely stood out among others – and was rather a standard professional theatre than an educative one, focusing mainly on the use of foreign language – was the Open House Theatre from Vienna with its adaptation of Henry Ibsen’s Hedda (Gabler) by Scotsman Alan Burgon who not only directed the piece but also stood in for Noud Hell as George.

“This play has very few good parts for women,” Burgon said after the performance. “That was one of the reasons I took one of the best parts. The idea was to take a piece like this, strip it down, dissect the play, take the main things, the concepts, more condensed than this original Hedda Gabler. So we just took the four main characters and the main storyline.” He also added that the result onstage in Pezinok was what the actors took from the skeleton of his work and changed into their own words. Every performance is slightly improvised and thus original, in a way.

The Pezinok performance was also minimalist due to the logistic conditions, the director admitted, saying that originally, Hedda also includes a lot of Nordic mythology and more fancy sets, lighting and costumes, with characters changing into a clown, an angel and a devil.

The festival version was “stripped down”. “That was one extreme, this was another one,” Burgon said, “and to be honest, I think it was one of the best we’ve done.”

And indeed, the piece was refreshingly brief, minimalist in all senses of the word but at the same time very expressive and vivid, drawing the audiences in while not leaving a depressing, heavy impression. It was just a pity that not too many people found their way to Pezinok on that Friday. It would have helped if Hedda was staged more centrally.

The Open House Theatre does not have its own stage but performs regularly, bringing five to six different plays ranging from Christmas Carol, through “classics” like Wilde or Tennessee Williams, to the likes of Hedda, played in five to six venues, the troupe said. The audiences have changed through the years, with ever more and more Austrians coming to watch their performances. “We do not change it but rather make it to something that is ours,” director and founder of the theatre, Burgon, explained.

Of course, Slovakia has a big disadvantage as for the sheer number of audiences, but if the educational theatre – the Bridgin’ Drama in this case – manages to attract and grow enough English speakers, its role may expand and change, too, and it could become a stable part of the national theatre scene. 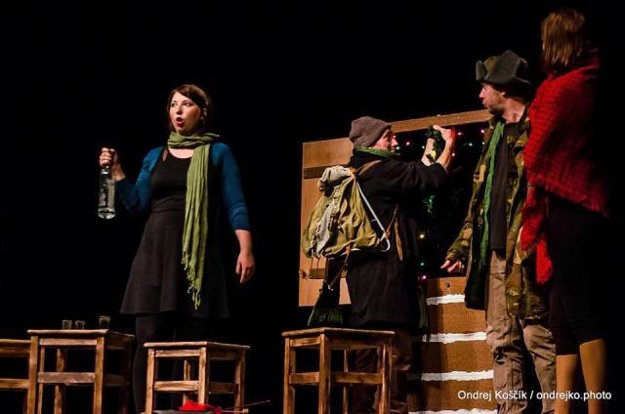 “We took over the Christmas Carroll tradition of 31 years of playing it in English in Vienna from a theatre that closed down,” Burgon said, “and we are looking forward to this production.” “We love stories, we love doing theatre and we love being busy,” actor-writer-director of the Austrian theatre, Robert G. Neumayr, summed up – with help of others, in a truly collective manner.