THE TRAVERTINE crater in the Vyšné Ružbachy spa, called simply Kráter, was drained at the end of October to be cleaned. 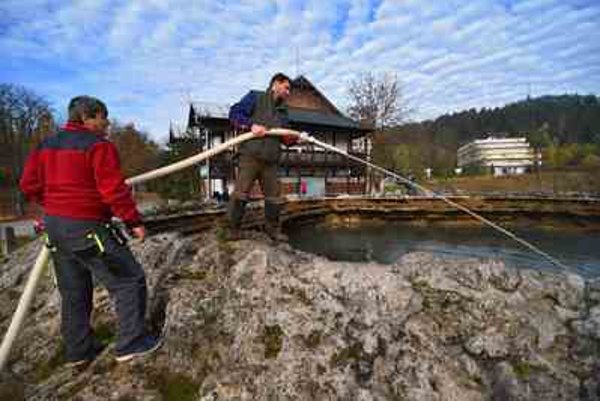 Crater / Kráter does not come from volcanic activity but rather from the sinking of travertine hills around the mineral spring rich in calcium. The small lake – with a diameter of 20 meters and up to 3.5 metres deep – is a protected natural phenomenon.

“The drain valve had a defect, and so we had to drain it to repair this,” head of maintenance in the spa, František Svitana, told the TASR newswire. “While doing so, we were also able to check the bed and clean the lateral edges.” They usually find coins, chainlets and other jewels on the crater bed; everything is ruined, however, as the water is strongly mineralised and devastates metals. 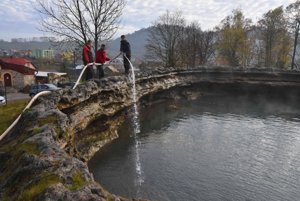 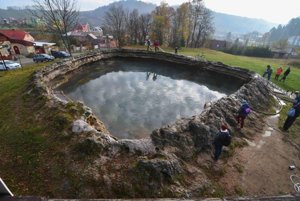 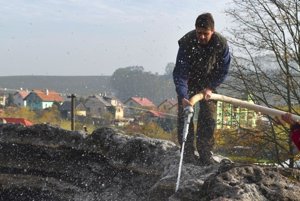 The last time the crater was cleaned was in 2009 and it is always a huge event, not just for the spa but also for the village of the same name.

“Despite the ban on bathing, many locals and visitors enjoy bathing in Crater – it has become something of a tradition,” Svitana said.

The crater lake in Vyšné Ružbachy belongs among world rarities and is the biggest of its kind in Slovakia. It does not freeze in winter; on the contrary – it look intriguing surrounded by ice and snow. According to available sources, the water in Kráter maintains a temperature of around 24° Celsius.