Fico: Slovakia to contribute to Fund for Africa

SLOVAK Prime Minister Robert Fico has welcomed the official EU-Africa Summit which started in Malta on November 11, noting that African countries, as well as Turkey, also need to be engaged in addressing the migration crisis, the TASR newswire reported on November 12. 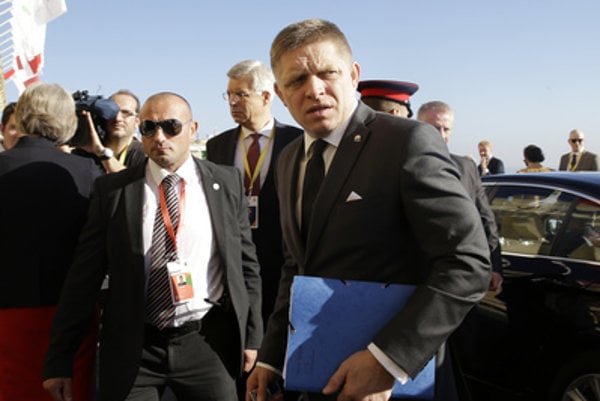 “It won’t be for free though,” said Fico, as quoted by TASR, highlighting the need to earmark considerable funding for Africa for that purpose.

In this connection, he pointed to the decision of the Slovak government to contribute €500,000 to the emergency trust fund for Africa to which the EU’s executive arm has contributed €1.8 billion. The contributions made by fellow EU countries to date amount to a total of €32 million.

“We will once again be among the most significant contributors [per capita] and with respect to the size of the economy,” said Fico as quoted by TASR. “This is our response, one that we repeat time and again – don’t force us into senseless folly. We’re ready to be substantially more active on a voluntary basis.”

Fico went on to say that the EU must now offer something of value to African countries, which in turn need to do their utmost to stop the massive outflows of people coming to Europe.

Once the summit concludes on November 12, the top officials of the EU member countries should meet on an informal basis to discuss the unsatisfactory European migration policies. Among the issues to be debated are the operations of two refugee reception centres, or hotspots, in Greece and Italy, and cooperation with Turkey.

Turkey has become a key and irreplaceable actor here, so Europe has to be responsive, according to Fico. He went on to single out specific areas such as EU access talks, visa liberalisation and financial assistance, in which the EU should make concerted efforts to meet Turkey halfway.