Fico: We should take 25 families speaking the language of Jesus

SLOVAKIA is working on a project involving the resettlement into Slovakia of 25 Christian families who speak the ancient Aramaic language, the language of Jesus Christ. 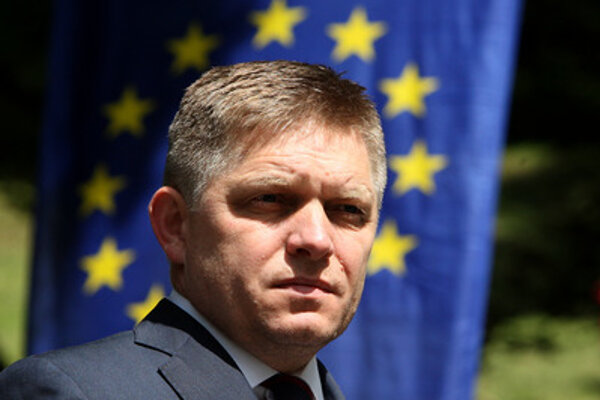 The information comes from a statement issued by Prime Minister Robert Fico which was read in parliament by Deputy Prime Minister Ľubomír Vážny on November 12, the TASR newswire reported.

The families currently live in an area controlled by the ISIS militant group and their lives are in danger. Slovakia is seeking to have the families relocated and integrated into its society. Slovakia and its EU partners are expected to agree on how to bring the people to Slovakia. If need be, they may be brought to Slovakia by the Slovak government’s aircraft, according to the statement.

Vážny was responding to a question from Christian Democratic Movement (KDH) MP Jozef Mikloško, who wanted to know the date on which Slovakia will accept the first family whose lives are in peril, such as Coptic Christians from Syria.

Fico’s statement also reads that Slovak immigration authorities are working together with NGOs on relocating the 151 Syrian Christians who are now in a refugee centre in Iraq. The Cabinet has contributed €500,000 to NGOs towards their projects addressing the migration crisis, and has also announced a €3-million contribution to the so-called Madad Fund, or the EU’s trust fund in response to the Syrian migrant crisis.

“We want to accept them and give them a home. It’s a complex process that doesn’t take a day, a week or even a month,” said Fico, as quoted by TASR. “We’re seeking to receive people who wish to remain in Slovakia, and we’re rejecting ‘faux assistance and solidarity’.”