PRIME Minister Robert Fico wants to summon a meeting of the country’s Security Council to discuss whether Slovakia needs new legislation to fight against terrorism. 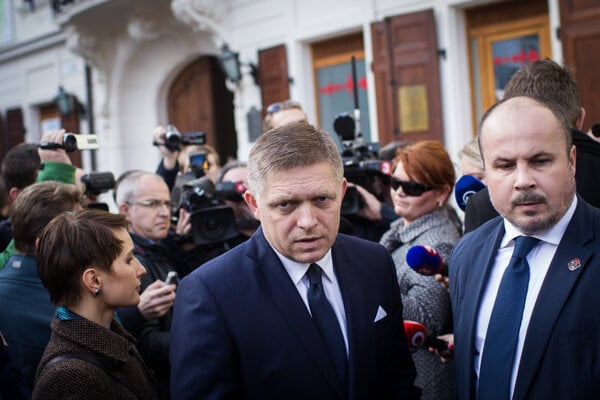 The council met on November 14, in response to the terrorist attacks in Paris. Its session has been suspended in order to make it possible to convene a meeting anytime, the SITA newswire wrote.

“If the conclusion is that such a new law is needed, the Security Council will recommend to the Justice Ministry that it should draft such a package of legislative measures and submit it to the parliament,” said Fico after remembering the victims of the attacks with French Ambassador to Slovakia Didier Lopinot, as quoted by the TASR newswire.

He reasserted that Slovakia’s security is the utmost priority for the government. 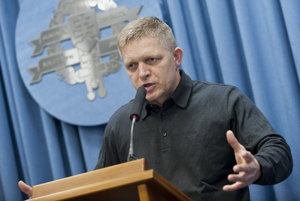 The prime minister now wants to hear the news from the intelligence and military service, as well as the General Prosecutor’s Office. He went on to say that he does not want to change the security strategy for now.

“The security strategy is set – we are a member of NATO,” Fico said, as quoted by SITA, adding that what happened in Paris is a terrorist act which needs to be addressed with very clear legislative steps.

Regarding the question whether Slovakia would participate in any military action, Fico said that the country currently lacks any army with offensive weapons. To employ any military forces abroad, it is necessary to receive a mandate from the UN Security Council, Fico continued. If the mandate concerned a peace mission, Slovakia would be able to offer army engineers, as reported by SITA.

The PM also responded to the grievances the Islamic Foundation voiced earlier on November 16. The foundation stated that Fico’s comment concerning “monitoring every single Muslim in Slovakia” on November 15 has turned a group of citizens into a threat in the absence of police charges or court rulings. Fico said that the state is obliged to monitor whether members of the Muslim community who are legally residing in Slovakia or, alternatively, are newly arrived migrants, happen to have links to groups involved in terrorism.