FOR THE first time, rules of behaviour of ski trails and slopes have been defined in a binding way: the amendment to the Law on Mountain Rescue Service (HZS) has passed. 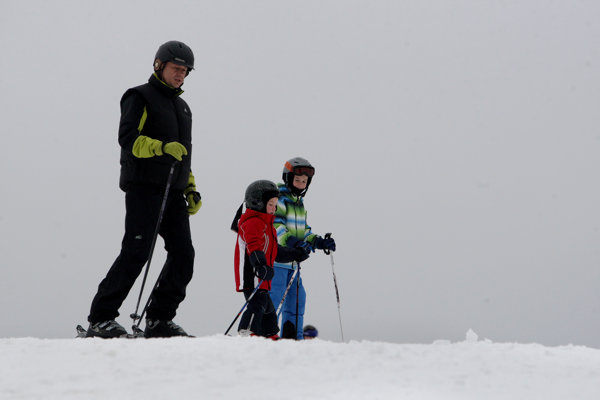 Effective since November 15, the thorough amendment – unlike a ministerial regulation valid so far – stipulates punishments which include a fine, as well as excluding the skier from a ski trail or a slope.

The change was prompted by the growing number of serious injuries during skiing, the TASR newswire wrote. In the 2014/2015 winter season, the number of HZS emergency action grew by almost 22 percent year-on-year.

The amendment stipulates specific duties involving the direction, safe distance, the manner of stopping; and skiers under 15 are to wear safety helmets when skiing.

Operators of ski resorts are entitled to send skiers behaving disorderly off the slopes, and for a repeated or gross violation of rules, a fine of up to €331 can be imposed – by district office officials, or authorised HZS employees. Also children without a helmet can be excluded from skiing.