Slovakia is ready to help Paris

SEVERAL representatives of Slovakia have recently expressed the will to help France after the November 13 terrorist attacks on its capital, Paris. 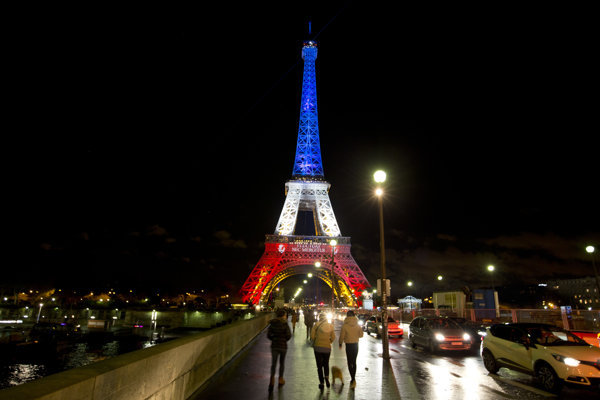 “We’ve expressed solidarity to France and, in keeping with the EU agreement on mutual help, we are prepared to examine and respond to French requests responsibly as they come,” Glváč added, as quoted by the TASR newswire.

It is necessary to wait for specific French requests in the fight against Islamic State (IS), added the Defence Ministry’s State Secretary Miloš Koterec.

“Within our capabilities, we’re ready to continue the fight against terrorism also in this manner,” said Koterec, as quoted by TASR, hinting at military aid.

Meanwhile, also Slovak Foreign Affairs Minister Miroslav Lajčák promised support to France after meeting with his French counterpart Laurent Fabius in Paris. They agreed on revealing the details of the aid and support in the coming days, the SITA newswire wrote.

These statements follow the official extension of a request of France to fellow EU members for support and help with military operations in Syria and elsewhere in the world on November 17. The country has thus for the first time ever activated Article 42.7 of the EU Treaty, according to which union member states have a duty to provide aid and support to a member country that was targeted in an attack.