Meet the world at Christmas Bazaar

AFTER ONE year’s break, the 24th Charity Christmas Bazaar will again be organised in Bratislava, on Sunday November 22 in Stará tržnica / Old Market-hall. 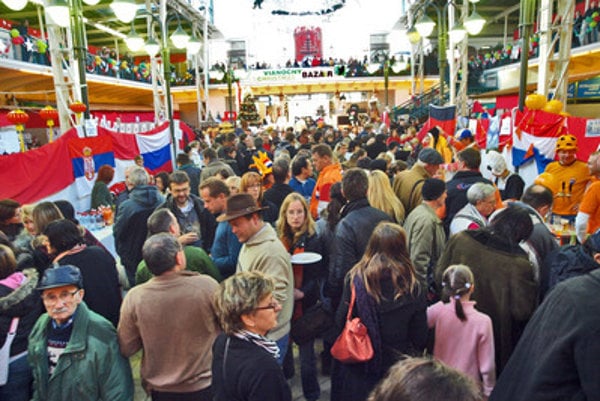 The event of the International Women’s Club Bratislava (IWCB) has been organised since 1990, and presents an opportunity for embassies, countries, chambers of commerce and foreign companies to present themselves and their homelands and sell their products, souvenirs and meals.

For visitors, it gives a chance to taste, smell, feel and see the different countries, their cultures and products that all are present in Slovakia. Christmas Bazaar is the biggest charity event of the expat community in Slovakia, according to the IWCB website. It is also supported by the diplomatic community, the Slovak Ministry of Foreign Affairs, the city of Bratislava and others.

The proceeds go for charity. The last edition in 2013 was visited by 4,200 people, raising €91,791 and supporting 39 different charitable projects across Slovakia.

Tickets for November 22 cost €2-€4 and can be bought at various sites (see www.iwc.sk/christmas-bazaar) and also directly in the Old Market-hall. The event starts at 10:00.