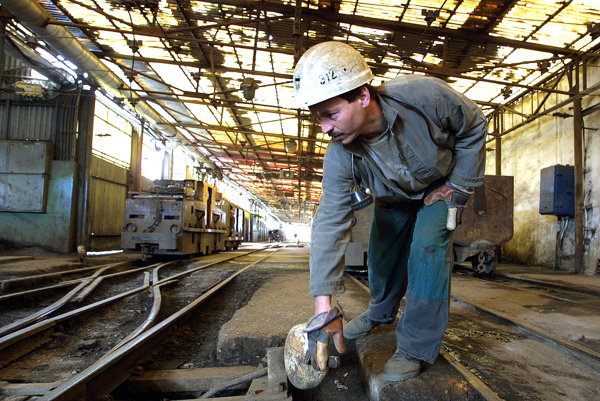 The change of the current rules, under which such contracts are signed for only one year, was criticised by both the opposition and analysts.

“The decision on supporting electricity production from brown coal should have been preceded by discussion on advantages and financial impacts of this step since we have unpleasant experience with 15-year subsidy policy for photovoltaic sources,” Jozef Badida, analyst with the Energie.sk website, told the Sme daily.

The biggest producer of brown coal in Slovakia is the Hornonitrianske Bane mines in Prievidza (Trenčín Region), owned by businessman Peter Čičmanec. The profits of the mines dropped by more than 60 percent last year, though the state significantly supports their operation. While in 2013 the mines’ profit amounted to €2.4 million, the following year it was only €964,000, Sme wrote. Part of the money will also go to Baňa Čáry in Záhorie region, which faces dropping amounts of mined brown coal.

To help the mines, the ministry currently issues an order for SE to take brown coal from them to produce electricity valid for one year. The ministry made the first exception last year when it issued the order valid for 2015 and 2016. This period will now be prolonged, as the mines will be supplying SE with brown coal from 2017 to 2030, as reported by Sme.

The support of electricity production from brown coal is not cheap. Customers paid about €93 million for it last year, according to the data of the Regulatory Office for Network Industries (ÚRSO). The price includes also the subsidies for mines. If the sum remains the same also in coming years, mines may get €1.2 billion, or even more. The annual supplementary payment may amount to €120-130 million, Energie.sk wrote.

“If the government wants to adopt this as a social measure, it should not hide it in electricity prices,” Martin Vlachynský, analyst with the INESS economic think tank, told Sme, adding that support to brown coal mining should be allocated from the state budget.

Several analysts agree that the subsidies will result in higher end prices of electricity.

MP Martin Chren, former state secretary of the Economy Ministry, considers the change scandalous since it secures the subsidies for mines at the time the media report about the cases when mines’ representatives allegedly bribed politicians to secure subsidies, Sme wrote.

The Economy Ministry, however, says that the government decided on the change already in March 2015. SE responded it will be able to follow the ministry’s instructions only after investing into the power plant in Nováky, as reported by Sme.