THE WORLD needs UNESCO more than ever as it tries to address poverty, lack of education, extremism, intolerance and the destruction of cultural and historic heritage in some parts of the world, said Slovak Foreign and European Affairs Minister Miroslav Lajčák at the UNESCO forum in Paris on the evening of November 17. 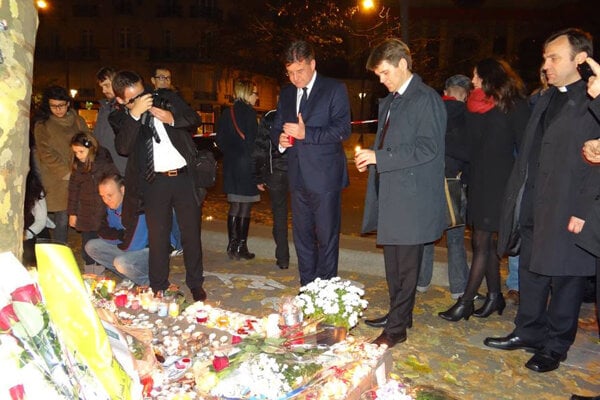 He appreciated the UNESCO Director-General Irina Bokova’s decision not to interrupt the 38th general conference due to the attacks in Paris. Representatives of UNESCO-member states are evaluating 70 years of its existence and operations at this year’s session. “Perpetual peace and global security cannot be vouchsafed without intellectual and moral cooperation between nations and UNESCO is the best platform for such cooperation,” said Lajčák.

In his speech, the Slovak minister also condemned the terrorist attacks in Paris that occurred during the evening of November 13. “The perpetrators of such crimes are simply killers and the enemies of humanity as a whole,” he said, as quoted by the TSR newswire. “They don’t offer solutions but merely sow death. We need to be decisive and united in our response. We need to protect our values and our way of life. It’s important that we don’t allow terrorists to dictate our programme and our agenda.”

On behalf of Slovakia, Lajčák supported the Unite4Heritage initiative to save cultural and historic relics and monuments in areas of armed conflicts and spoke about Slovakia’s contribution of €30,000 to UNESCO funds toward this initiative. “We have to mobilise our strength and resources to save the monuments for future generations via a joint effort,” he said.

In the address, he also emphasised UNESCO’s significance in disseminating education, supporting science and protecting cultural heritage around the world.

Lajčák and Bokova agreed that current challenges are becoming harder and harder to cope with because, apart from traditional threats, there is increasing extremism, terrorism, intolerance, hatred and other vices stemming from the lack of education and an absence of social and economic opportunities.

Lajčák has also met with Macedonian President Gjorge Ivanov to discuss the consequences of the migration crisis for this Balkan country, which, along with Serbia, is coping with a massive influx of migrants. They also discussed the possibility of unblocking the process of European integration of Macedonia with respect to the launch of accession negotiations.