Journalism must give a voice to the voiceless

Pulitzer winner: Crucial story of today is the gap between rich and poor 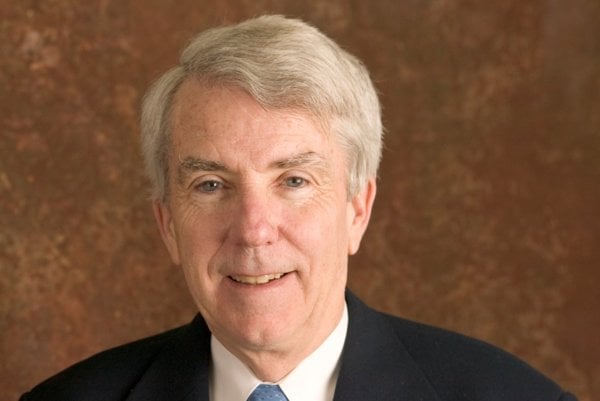 MOST ordinary people never make it to the newspapers. Even though every story about wasting public resources is really about them, as they pay from their taxes, the political machinery notices them just once in every four years.

From time to time, a shaking tragedy promotes them to news, or a headline, which tabloids then nurture on for several days, but the average person is beautiful and talented, proud and humiliated, hoping and despairing, not to mention part of millions of great stories which we will never tell.

Sometimes, a journalist takes one from the anonymous crowd and shifts them into the public eye. Their vote then gets stronger and they speak for thousands of others. Sometimes, they are taken out of context, to serve as a sample for the power of the news. We should treat their voice in an honest way.

Journalists should render their voice to those whose voice is usually lost in masses. Not to politicians or celebrities, nor to those who show off their posh lifestyle like some kind of modern virtue. Nor to those who have elevated marketing to a kind of new religion; but rather to those who cannot or do not want to shout aloud.

An important part of journalism consists of those ordinary people, Jim Steele, one of the most acclaimed investigative journalists in the United States, says. Beginning November, Steele took a ride on a train from Bratislava to Košice, to see more of a country which he has never visited before. He was not interested in what Slovak politicians say; rather in what impact they have on ordinary people.

He has been doing the same thing his entire career as a journalis. One of his crucial works, "America: What Went Wrong", explains how the policy of Washington and  Wall Street financiers was ruining the US middle class and how, the gap between rich and poor is growing.

It was the inequality between the rich and the poor – and not just in the United States but everywhere – that has become one of the biggest challenges for journalists.

For the journalist to be able to follow this reality, they must maintain their humanity under all conditions, and see individual people behind each story.

Jim Steele did not speak, even during his public lecture in Bratislava, about his prizes, meetings with top politicians or famous celebrities, but he mentioned two ordinary people who suffered because of decisions by those in power.

“People – the good, the bad, the uplifting, the sad – they are the heart of all journalism – especially investigative journalism – for this is how readers, listeners, viewers can relate to these larger issues,” Steele said.

One of the people whom Steele symbolically brought with him also to Bratislava is Joy Whitehouse, whom he met in Salt Lake City in Utah in her mobile home. She was a widow. Although she never really though she would be rich, but she did not for a moment think she would be poor, either. That is, until her husband was killed in a truck accident on a highway and his employer refused to pay even the few hundred dollars of a widow’s bonus which she hoped for.

An oncologic patient who overcame lung cancer, Joy was living from collecting cans: fruit cans, vegetable cans, soda cans – that she sold in the recycling center for 30 dollars a bag. In one month, she was able to earn 60 dollars which, according to Steele, she spent on medicine.

The story of Edwin Bohl, a former mid-level manager in a small shoe plant also touched Steele deeply. The shoe plant in the town of Hermann, Missouri was founded in 1902 and employed Edwin from 1952 on. He started as ordinary worker, and over time, he gradually promoted to manager. And he would continue even further, had the financiers from Wall Street not bought the company only to close it, sell off land and make quick money. They closed a plant which was not loss-making and which gave jobs to hundreds of people. According to Steele, the shoe making machinery was sold for scrap. The plant was Edwin’s life, and he, aged 57, never fully recovered from the loss of his job. Even though he found another one, a part-time job and faced his old age in insecurity.

“Money continues to flow into the hands of the few instead of the many, and anger over this is building across the world,” Steele said. “I believe that reporting this story will be one of the most important fields for investigative journalism in the years to come.”

It was not just the story of Joy and Edwin, but of many others who live on the verge of what is possible, fragile and vulnerable, often without them having contributed to it, as victims of the recklessness of those whom the system gives opportunity to ignore them.

Slovakia is full of similar stories.

Kornélia had been commuting daily for almost 40 years form a town to a tiny village in southern Slovakia, where she taught children in a kindergarten. Often, she got up at five in the morning, to catch the local bus and then the train. She had to change transport three times; including in freezing temperatures. She recalls the feeling of stiff legs and the smell of petrol in unheated buses in the 1980s. Sometimes, her bus did not arrive, and so she had to walk the two kilometers on foot from the crossroads where she used to change all the way to work. She liked her job and she never did any other one. She made toys for them, and when some parents did not have money to pay for their children’s meals, she never let any child stay hungry. Today, she is retired, and if her children did not provide for her, she would very probably have nothing left to live on after paying her rent and bills. Her story is just one of thousands of teachers and pensioners who would end up in the street if it was not for their relatives.

Viera is a pensioner, too. She markets preserved fruits, vegetables and bouquets of half-dead flowers on a small market. On her camping table, various things appear from time to time. She always dutifully gives back change from a euro, two euros, and sometimes from five-euro banknote. She would probably not have the change for a bigger banknote.

On small markets like that in Dolné Hony borough of Bratislava, elderly people pop up selling things which we cannot imagine anyone would buy. They offer them packed in old newspaper, with the melancholy of a long autumn. We pass them like monuments of different times, as if the justice of the world was that old people should survive on just a little.

Voice of the voiceless

Government often tries to fill the gap between people who live on the edge of poverty and and those who got rich in a miraculous way during the wild era of Vladimír Mečiar’s privatisation, or with the help of political Godfathers. Each story on salaries in the education sector or in social facilities is stands on the shoulders of thousands of teachers. Behind each news items on overpriced state contracts, cronyism and bribes in health care are thousands of anonymous patients who pay for these excesses from their taxes.

The core of journalistic job is “a passion for fairness and equality, a desire to give those without a voice a chance to be heard,  a compulsion to expose abuses of power in all its forms,” Steele says.

“The only thing you know for sure is that those whose actions you expose will fight back with every weapon at their disposal. But that should not stop us. We are doing what must be done. The story needs to be told,” Steele concludes.