KOŠICE received, as the first city in Slovakia, the title of European City of Sport for 2016 in the European Parliament in Brussels, on November 18. 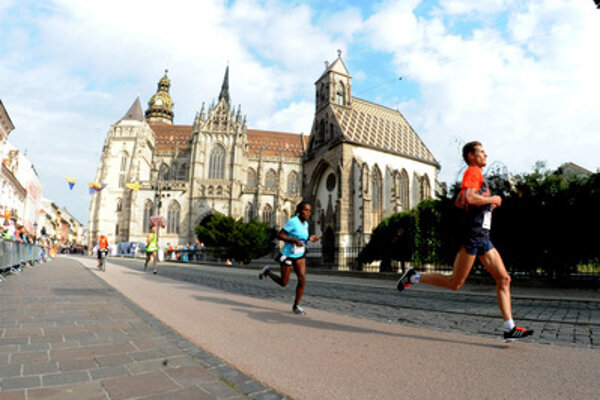 This title is meant for European cities able to involve the wider public in sports activities and which have the potential to expand the percentage of citizens’ involvement, Košice Mayor Richard Raši told the TASR newswire.

More or less regularly, up to 29 percent of inhabitants go in for some kind of sport, while over the coming years, this number should be increased to 40 percent. “We want everyone who does take exercise and do sports, to start at least on an irregular basis,” Raši said. “And those who do it irregularly to do it more regularly, and we also want former athletes to pass on the joy of sport to our children.”

Since 2001, the European Cities and Capitals of Sports Federation (ACES Europe), a private non-profit organisation has been based in Brussels. ACES has two honorary chairpersons, MEPs Marc Tabarella of Belgium and José Manuel Fernandes of Portugal. The title has been bestowed upon several European cities simultaneously, with the number of inhabitants between 25,000 and 499,999. Košice will share the title in 2016 with: Chalon-sur-Saone (France), Crema, La Spezia, Lupatoto, Molfetta, Pisa, Ravenna, S. Giovanni, Saronno a Scafati (Italy), Gijón, Las Rozas, Melilla (Spain), Krško (Slovenia), Liepaja (Lithuania), Ruse (Bulgaria), Setúbal (Portugal), Stoke on Trent (United Kingdom) and Tilburg (the Netherlands). The European Capital of Sport – awarded to cities over 500,000 inhabitants – will be Prague in 2016.

The title is decided upon by an association committee nominated by ACES which usually has up to nine members. The committee visited Košice three times, while inspectors focused, according to the mayor, mostly on which activities are organised in the city, what is the history of sports events and whether the eastern-Slovak metropolis is able also to organise sports events of international importance.