A HISTORICAL document of the Trnava city office from November 20, 1710, concerning the special devotion of the city to the Virgin Mary, was read during a festive Mass on November 15. This was followed by a procession with the revered painting of the Virgin Mary. 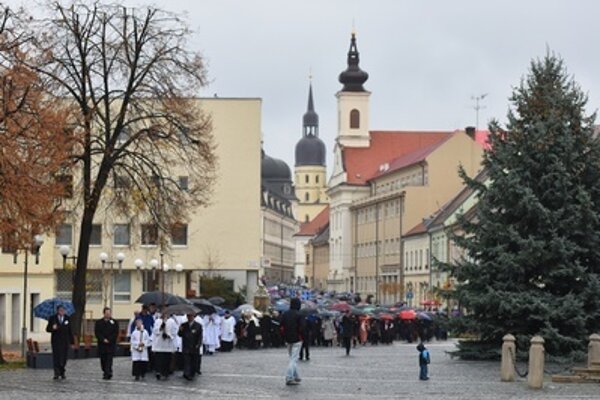 To start the Trnava novena, mayor Peter Bročka read the document, thus continuing the tradition his predecessors introduced. The main celebrant of the Mass at the local St. Nicholas’ Basilica was Milan Šášik, Greek-Catholic Eparchial Bishop from Uzhgorod, Ukraine.

305 years ago, a pest epidemic plagued the town and nothing seemed to help. The town office issued an official prayer, pleading the town’s patron saint for help. The councillors also promised a special devotion to the Virgin Mary of Trnava – and not just themselves, but also “their descendants of both sexes, all together and individually, as well as future inhabitants of this town”. The town office’s decree has never been annulled.

According to chronicles, the next day – November 21 – inhabitants of Trnava took the revered painting of the patron saint from the then Church of St. Nicholas and processed to the current Trinity Square, praying for help. Miraculously, the pest immediatley stopped spreading. As well, the painting twice shed tears and blood tinged sweat. 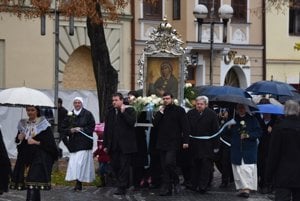 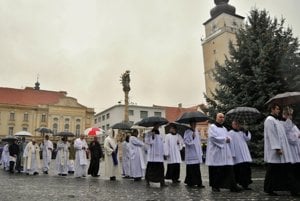 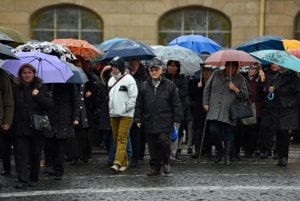 Procession carried the portrait of Virgin Mary around Trnava (3 photos)

Thus, all inhabitants regardless of faith and religion promised to observe this day and prepare for it by fasting. The town office confirmed the pledge. A new chapel was built for her painting in St. Nicholas’ Basilica, differing in its baroque style from the rest of the gothic church.

According to legend, the Trnava painting is a faithful portrait of Virgin Mary, as it is a good copy of the picture by St. Luke who knew Jesus’ mother personally. This portrait is alleged to have been found by the holy hermit Alexei in Syria who then brought it to Rome. Theology student František Forgács, later cardinal and Esztergom Archbishop, had a copy made which he brought to Trnava in 1585.