Mobile signal breaks up on highways

Some sections of Slovak highways have insufficient or virtually no signal coverage. 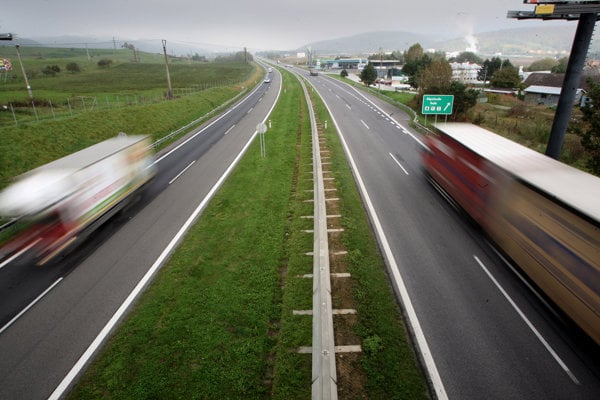 DRIVERS who travel to the east of Slovakia and contact their boss or colleagues, or those who get sick on the highway and want to call a helpline may experience troubles when trying to call.

Some sections of Slovak highways have insufficient or virtually no signal coverage, the Sme daily wrote. Even though 99 percent of highways and dual carriageways are covered by mobile networks, on the remaining 1 percent, the signal is not working or breaks up. The regulatory office urges mobile operators to expand their coverage but they are reluctant to build new poles that would cover the last percent.

The signal breaks up at about two dozen sections which are dispersed over the highways around Slovakia, amounting to dozens or hundreds of meters, Roman Vavro of the The Regulatory Authority for Electronic Communications and Postal Services (RÚ) told Sme. They often come one after another, and make it impossible to call from a car. Not even the emergency line 112 works in these sections, Vavro warns.

“Signal is missing also on the bypass of Nitra where 20,000 vehicles pass daily in both directions,” Vavro says. Other troublesome sections include some around Levoča and Trnavá Hora – which is near Žiar nad Hronom, as well as some other sections.

A working group established one year ago should have solved the coverage. The regulatory office, the Transport Ministry, the National Highway Company as well as all four Slovak operators conferred on how to do away with the black-outs of call. So far, they have not agreed on anything. RÚ deems the operators’ stance very half-hearted: when offered help or proposed to use their transmitters jointly, they did not react at all. As of September, a following meeting has not been agreed upon, according to Vavro.

RÚ did not want to speculate whether finances are the main issue but recommended the mobile operators to use poles among themselves.