THE COMMONLY available drone represents a huge investment but a practical use is quite difficult to find. Young Slovaks of the Anima Technica company launched a crowdfunding campaign in November for their Dron’n’Base project, which combines the experience of video games, personal interaction of players, and drones the size of a human palm. 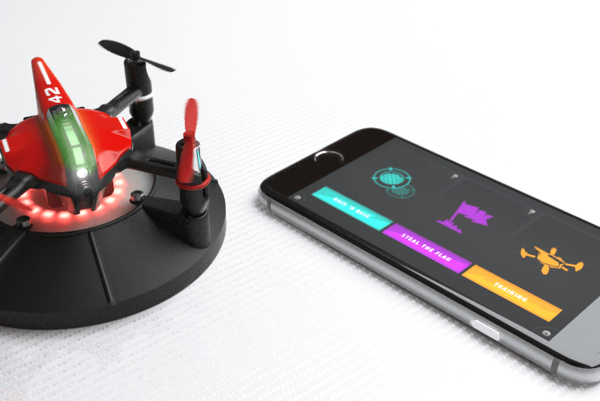 Drones are used ever more and more; some giant companies consider delivering the post with their help, and smaller startups make models which follow their owners automatically and take pictures, so called dronies, the e-trend.sk website wrote.

Slovaks have created so far the only parlour game where small drones chase each other, or shoot at each other. Called Dron’n’Base, it consists of a drone and a base. The drone weights only 46 grams, including the battery, and its size is 38-84-94 millimetres – a hummingbird among drones. Thanks to its size, it can land and take off literally from a hand. The mini-drones are made from resilient plastics enabling it to survive even falls on a hard surface. It can stay flying for about 7 minutes but the battery can be replaced in a matter of seconds; thus making it possible to play for hours. Only a smartphone or tablet with either an Android or iOS system is necessary for controlling the drones; communication runs via Bluetooth 4.0.

The base is a 12 cm disc with light signalisation, an amplifier and an infra-red sensor, able to be stood or hung anywhere. Its battery can last for one hour. The drones have infra-red sensors and “cannons” included, and as of now there are three options for the game: training, which teaches the control and rules; racing; or stealing a virtual flag. Bases serve as virtual checkpoints which the drones must pass or as a target when shooting infrared rays, which can be also used to shoot down opponents.

The game is best played indoors where the infrared shot functions best. The game can be played by eight participants at one time. The prize for start-up investors will be one package for 99 USD; after in shops, the price will be double. (The package includes one drone, one base and a charger with two batteries.) The first owners should get their packages next summer, e.trend wrote.