SLOVAK parliament passed an amendment to the law on the prosecutor’s office on November 20. The amendment, passed by 80 votes (of the 150 in total) does not give them an increase in pensions, but rather many other financial and non-financial benefits, as well as greater powers. 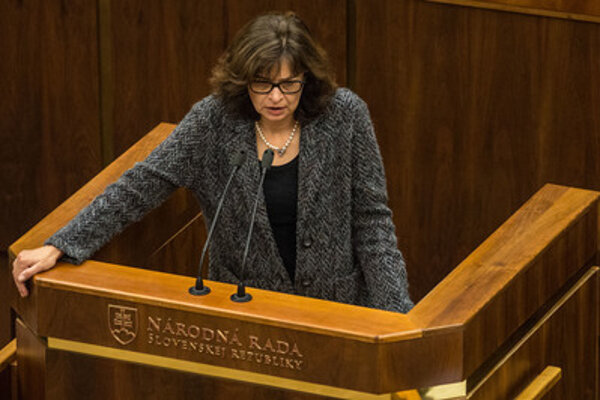 Originally, the pensions of judges and prosecutors were expected to rise by €170, but General Prosecutor Jaromír Čižnár asked for the proposal to be omitted from the draft amendment, the Pravda daily wrote.

However, other bigger benefits have been passed, for example, seven weeks of holiday a year, with two weeks out of that reserved for rehabilitation and wellness. They will also get mid-year and end-of--year bonuses, amounting to the sum of their salaries. Top judges and prosecutors will have their salaries changed as their bonuses will be higher. The ppposition accused the ruling Smer party of buying judges’ and prosecutors’ votes in this way.

The outgoing prosecutor – after seven years in the position – will remain in his office until the new one is not just elected by parliament but also appointed by the president – thus avoiding the stalemate situation from 2001-2014 when the General Prosecutor’s Office was without its boss for almost three years, according to Pravda.

Competitions at the prosecutor’s office should be more transparent but still not as transparent as at courts. “The selection of law expectants but also prosecutors is a closed system that will remain hidden from the public,” lawyer Eva Kováčechová who cooperates with the Via Iuris non-governmental organisation, told Pravda. “It will be non-transparent and out of public control.” The General Prosecutor’s Office does not plan to publish profiles of candidates, they will not have to sign any statement on whether they do or do not have relatives or friends at the office – or in the selection committee – as is required from candidates judicial positions.

Only the general prosecutor will be able to ask for detention or custody of an MP, according to the new rules. Currently, the prosecutor on duty can do so.

The boosting of the position of the general prosecutor increases the risk of abuse, vice-chair of the opposition Most-Híd party and former justice minister Lucia Žitňanská opined for the Plus Jeden Deň daily. “In the situation of omnipresent corruption when also the role of prosecutor’s office is crucial in uncovering it, this is more bad news,” Žitňanská specified. The prolongation of the term of outgoing prosecutor until the new one is elected opens, too, space for various “political games” and obstructions, she added. The third negative feature is the insufficient opening of the prosecutor’s office towards public control.