Introduction of electronic tax filing and payment has moved Slovakia up in the Paying Taxes ranking, but the tax burden of Slovak businesses is 10 percent higher when compared internationally. 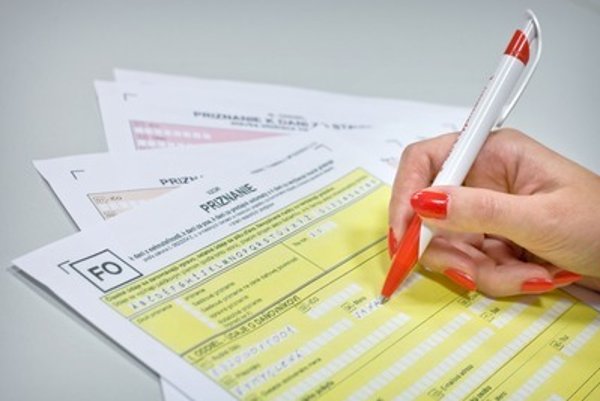 Slovakia ranked 73rd in the latest overall Paying Taxes ranking, when the introduction of an electronic tax filing and payment system has moved Slovakia up by 27 positions in the tax payment system rankings. The 10th edition of Paying Taxes compiled by the World Bank Group and PwC was published on November 19.

“As a result of the introduction of mandatory electronic filing of VAT returns from January 1, 2014 for VAT payers and representatives of tax entities (tax advisors, attorneys and other representatives), the position of Slovakia has improved significantly as the reported number of tax payments has dropped substantially,” said Christiana Serugová, tax partner and leader in PwC Slovakia when commenting on Slovakia’s ranking as cited in the PwC press release.

The additional administrative obligation, the introduction of a controlled VAT statement, did not have an adverse effect as it too, must be filed electronically, added Serugová. However, this resulted in significant costs on software adjustments.

“However, our ranking was not influenced only by the development and changes in our own tax system, but also by changes in the tax systems of other benchmarked countries,” said Serugová.

In 2014, as Paying Taxes 2016 is based on legislation applicable as at December 31, 2014, Slovakia was one of the 18 countries where online tax filing and tax payment was introduced, together with Spain, Poland, Serbia, Costa Rica, Cyprus, Indonesia, Malaysia, Jamaica, Montenegro, Morocco, Mozambique, Peru, Rwanda, Tajikistan, Uruguay, Vietnam and Zambia, the press release of PwC reads. In total, 40 economies of the total 189 have implemented tax reforms easing tax compliance. Central Asia and Eastern Europe have seen the most reforms introduced since the survey was launched.

The overall tax burden in Slovakia, i.e. the total tax rate of 51.2 percent, is 10 percentage points higher when compared to an average of 40.6 percent in the EU and EFTA countries and an average of 40.8 percent of the total 189 countries participating in the study. Slovakia’s overall tax burden increased by 2.6 percentage points based on Tax Payments made in 2015

“If we look at the structure of the average total tax rate worldwide, we see that the tax burden is spread evenly between labour tax and corporate income tax, and both these categories represent 16.2 percent on average, and in total they constitute four fifths of taxes payable by businesses,” said Serugová.

In Slovakia, the labour tax rate amounts to 39.7 percent, corporate income tax represents 10.5 percent and other taxes 1.0 percent of the total tax rate.

“This means that the tax burden is not distributed evenly between the taxation of labour and corporate profit and the total of these two components represents 98 percent of the total tax burden,” said Serugová. “Therefore, in addition to continuing improvements in electronic communication with the tax offices, Slovakia‘s overall ‘tax score’ could be improved by reducing taxation on labour and simplifying the tax system, including the tax rate structure.”

According to the findings of the latest edition of Paying Taxes study, electronic tax filing and payments were the most common tax reforms undertaken by countries worldwide during the past year. As a result, paying taxes became easier for medium-sized companies globally, but the focus has moved from reducing tax rates for companies to embracing technology and relieving their compliance burden.

Paying Taxes 2016 found that the average company has a total tax rate as defined under the Doing Business methodology of 40.8 percent of commercial profits, down by just 0.1 percent from last year. It took 25.6 tax payments per year and 261 hours to comply with tax requirements, a drop of two hours compared to last year. In Slovakia, it was 10 payments and 188 hours.