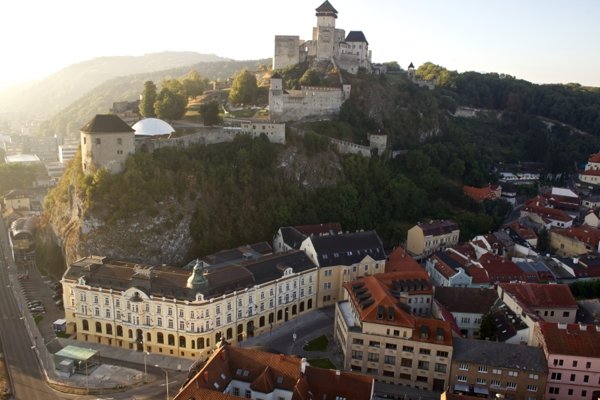 The Elisabeth Hotel in Trenčín. (Source: Courtesy of the Historic Hotels of Slovakia)
Font size:A-|A+7

Slovak historic hotels are faring well in international competition as the Elizabeth Hotel in Trenčín has won one of the prestigious awards of the Historic Hotels of Europe (HHE), Best City Historic Hotel 2016, within a competition among 500 historic hotels. Guests voted for their favourite hotels in 10 wide-ranging categories, encompassing romance, legend, fine dining, spa facilities and more. The winners were announced at a ceremony in Chateau de l’Epinay in France on November 16.

“This award is a result of work of the whole team but also architects, who gave the hotel a new face but concurrently preserved its original elements during its reconstruction,” said Tiago Loctelli Vigano director of the Elizabeth Hotel, as cited by the press release of the Historic Hotels of Slovakia organisation. “Clients appreciate quality services but also the environment of the hotel.”

This is already the second HHE award for the Elizabeth Hotel after winning the Best Customer Care Historic Hotel award one year ago. In total Slovakia has won three awards during the four-year history of the competition. Three years ago Chateau Béla in Belá won the Most Romantic Historic Hotel award.

This year, also Grandhotel Praha in the High Tatras’ Tratranská Lomnica advanced among nominations for HHE awards out of over 500 facilities in 20 countries. It finished third in the category of the Best Historic Hotel Spa.

“The whole philosophy of our Grand Mountain Spa is based on the spa tradition in the [High] Tatras with the stress on salutary effects of the Tatra nature,” said Ondrej Pelán, director of the hotel. “Tatra herbs and forest fruits are the basis of cosmetics we use during all spa procedures and this distances us from others.”

“Contrary to Michelin stars, which today are already held by hundreds of restaurants, the award by the Historic Hotels of Europe is more precious,” said Ján Svoboda, president of Historic Hotels of Slovakia as cited in the press release, adding that this is because only 10 hotels win its awards annually.