Slovak drivers to use e-toll stickers

DRIVERS will no longer have to place toll stickers on their windscreen in order to drive on highways in Slovakia. As of January 2016 they will be replaced by an electronic version. 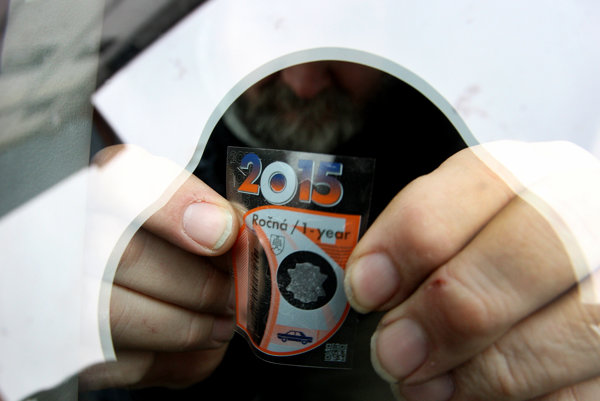 The competition to operate the system was won by SkyToll, the winner of the controversial procurement to run the toll system, held back in 2008 when Ľubomír Vážny served as the transport minister, the Sme daily reported.

The National Highway Company (NDS) expects that the new electronic system of toll stickers will help improve the road controls and increase revenues from sales. The advance sale will start in the first half of December. Drivers will be able to buy stickers at petrol stations, but also at the Eznamka.sk website, via mobile phone or at machines placed close to border crossings, the TASR newswire reported.

They will have to register the car on the system, which means report the registration number and also the country where it was registered.

“The e-toll stickers will give us more possibilities for imposing a fee on road infrastructure,” Rastislav Cenký of the Institute for Transport and Economy told Sme, when describing the positives of the new system.

The type of stickers and the prices will not change. Drivers will pay €50 for one-year sticker, €14 for one-month sticker and €10 for 10-day sticker.

The validity of the stickers will be checked by camera systems which are placed across the highway and will monitor the vehicles which pass by. They will identify the registration number of the vehicle, explained Milan Gajdoš, head of the NDS, as reported by the public-service broadcaster RTVS.

The camera system will be operated by NDS, not any external company, Gajdoš added for Sme.

According to the agreement with NDS, SkyToll should receive 2.78 percent from the sale of stickers. If drivers buy €60 million worth of stickers, the company may receive more than €16 1.6 million. The state currently pays €3.5 million for the sale and distribution of stickers. During the first 10 months of the year, the state received more than €60 million from sales, Sme wrote.