MPs will be engaged in supervision of electronic surveillance

THE PARLIAMENT will strengthen external supervision over the use of information-technical means (ITP), used for wiretapping, via a commission. 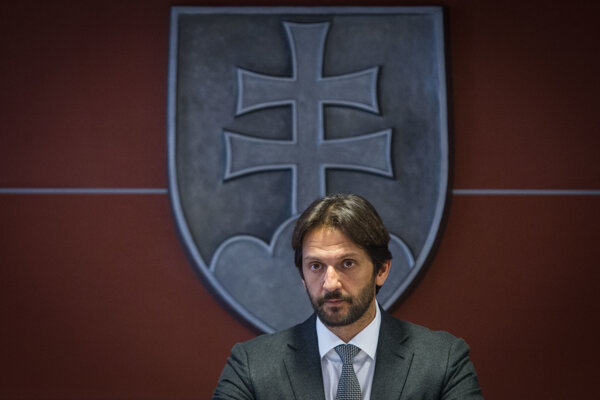 This stems from the amendment to the law on security protection against the unlawful use of ITP that MPs approved on November 24. The change was supported by 83 lawmakers, the TASR newswire reported.

The commission will check on the use of ITP once a year or at any time on its own initiative, on the initiative of any of the three aforementioned committees or of an ordinary citizen.

Opposition MP Daniel Lipšic (of the Ordinary People and Independent Personalities-NOVA coalition) wanted to lower the number of members to six by an amendment. He called for the members to undergo security checks at the strictly classified level, thereby minimising the risk of information leaks. His proposal was not accepted, however, TASR reported.

The commission will not decide whether the intelligence service misused wiretapping or not, but will only prepare the documents for the parliamentary committee where the nominees of the ruling parties will have a majority. This committee will then decide whether the findings are serious enough to turn to the prosecutor’s office, the Sme daily reported.

Analysts have criticised the rules for the commission, saying there should be an independent apolitical body instead.

The parliament also approved new rules for obtaining information from telecom operators, which show who, when, with whom and from where a call was made. While currently the investigators can ask for such information also in less serious cases, under the new rules it will be possible to obtain them only in serious cases and with the court’s approval, Sme wrote.

The original version of the amendment also contained a proposal to define software as ITP, which would result in intelligence services using also the data transferred via Wi-Fi or to create malware for servers to obtain information shared via cables. The intelligence services would need permission from court as well. The change was, however, later dropped from the law.