IN THE case of the November 2012 collapse of a highway bridge under construction close to the village of Kurimany in the Prešov Region that claimed four lives, the investigator has pressed criminal charges of public endangerment against a German structural engineer. 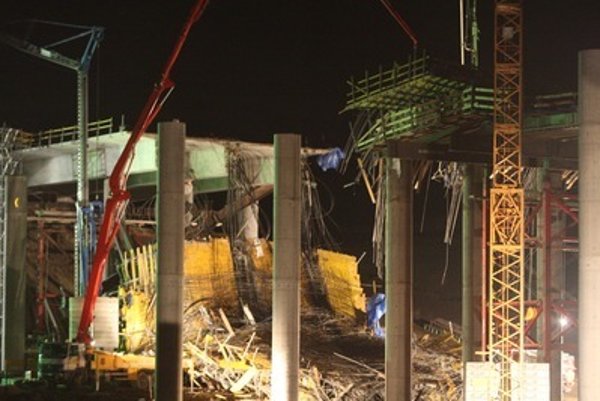 According to the prosecution, the German national, identified only as Sabina H., performed structural calculations and drafted specifications for bridge support structure No 206 on the Jánovce-Jablonov section of the D1 highway, in the administrative district of the village of Iliašovce in the area of Spišská Nová Ves.

“In it, she incorrectly designed the mutual bracing of support structures which caused the given construction to become unstable on November 2, 2012, during the laying of concrete and subsequent loading,” Košice Regional Prosecutor’s Office spokesman Milan Filičko told the TASR newswire. “The bridge cracked and part of the structure collapsed.”

Due to the error in the structural engineering, four workers died while another 11 suffered injuries; and the National Highway Company (NDS) incurred property damage worth more than €96,000. “The Prosecutor’s Office considers the investigator’s decision lawful. It will be translated into German and delivered via the relevant German judicial bodies to the accused.