THERE have been many festivals in Bratislava – not to mention Slovakia – this year, varying in focus on country, cinematography, special techniques and genres, or themes. 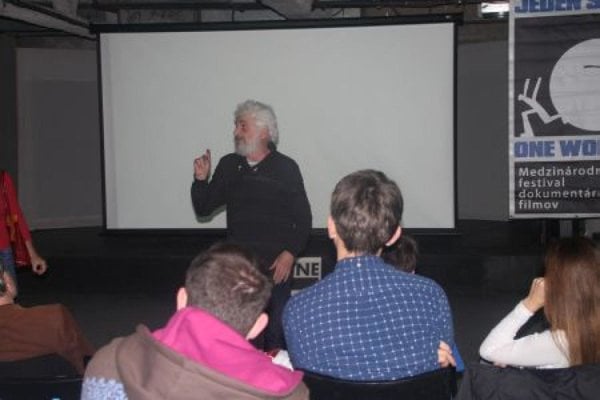 Discussions are a popular part of One World. (Source: Courtesy of Jeden svet/One world)
Font size:A-|A+2

One of those standing out with their main themes is One World, organised for the 9th year by the People in Peril civic association. The festival specialising in documentaries is oriented on humanitarian aid, social issues, human rights, environmental protection and natural as well as man-caused disasters.

The festival, which just before the outbreak of the Arab Spring or the Ukrainian conflict, screened topical movies that arrived in 2015 bringing a host of categories touching on several pressing issues, with the main category being Fair World. Between November 26 and December 1, they will be screened in four venues in downtown Bratislava, before travelling to other Slovak cities and towns later in December and the beginning of 2016. Festival passes can be bought for €7 (for three days) or €10 (for the whole festival).

The individual categories are completed with a new feature, an international competition, and the Slovak Documentary Films section; while the One World for Kids plays at schools and addresses the youngest audiences.

Apart from film screenings, there will be discussions with filmmakers, humanitarian workers, political analysts, environmental and nuclear energy specialists, fans of organic nutrition and healthy lifestyle, as well as émigrés, refugees and a researcher for the reconstruction of the Syrian city of Aleppo.

The full programme and other details can be found, also in English, at www.jedensvet.sk/en.

“The amount of water we drink from the imaginary glass on our side of the planet influences the sufficiency of water on the other one,” organisers suggest, luring film fans with “Learn why the world is not fair to everyone from the films of his year´s festival main section titled Fair World”.