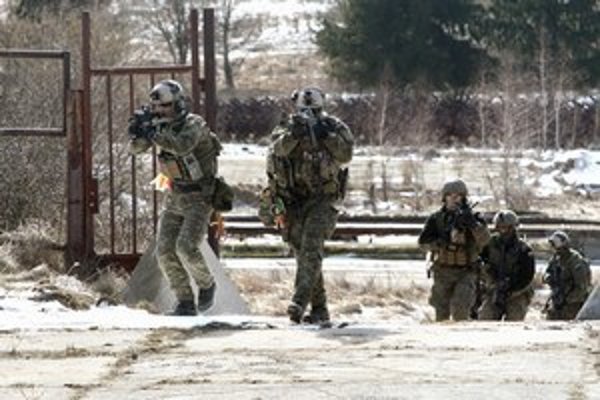 UNCONTROLLED migration is an unprecedented risk for Slovakia and the entire EU, according to Prime Minister Robert Fico, and his government is now responding with a set of what it calls anti-terrorism measures.

Fico introduced the planned measures on November 25, arguing that they are needed because the security of Slovakia’s citizens must be a top priority “before any other rights”. In his previous speeches following the November 13 terrorist attacks in Paris, Fico emphasised that the rights of migrants are inferior to the security issues.

“The proposed changes have a significant impact on human rights and the protection of people,” security analyst Jaroslav Naď told the Sme daily. Naď criticised the government for passing the measures too fast, without any deeper public debate.

More than 15 laws, including some provisions in the Constitution, will have to be amended in order for the new measures to be introduced. The whole process is indeed expected to be quick: the anti-terrorism measures had not been formulated yet, but they are expected to be passed in a fast-tracked procedure within a week.

Slovakia has never applied its existing anti-terrorism legislation against foreign nationals. So far, only one man faced terrorism charges, a Slovak national who installed a bomb in front of a McDonald’s restaurant in Košice. He was also convicted for terrorism in 2013 and sentenced to 25 years in prison.

After the session of the Security Council that was convened on November 14 was suspended, the Council members gathered again on November 25 to discuss the anti-terrorism legislation.

Security risks that Slovakia is facing at the moment are “immensely high”, SITA quoted Fico as saying. Several thousands of people have been to Syria and returned back to Europe. The Balkan route is used as a reverse flow and “that is not normal”, Fico said.

Concrete revisions of some of the laws are expected to be drafted by November 27, when the cabinet will most likely pass them on to parliament. MPs will likely take up the measures during the first week of December in a fast-tracked procedure.

Fico has listed some of the changes to be expected as part of the anti-terrorism package: prolonged deadlines for detention, a change that would require a constitutional amendment (and thus opposition support in the parliament) is among them, as cited by the SITA newswire.

Under the planned rules, court will be able to order detention without specifying the reasons in cases of suspected terrorism. There will also be a proposal to extend the detention period for terrorism suspects from 72 to 144 hours. This measure requires a constitutional change, and thus the support of the opposition.

Greater protection of testimonies should also be among the measures.

“Whoever dares to testify in crimes of terrorism and related crimes, will enjoy much more effective protection,” Fico said as quoted by SITA.

More powers for the police

The government also wants to boost the powers of the police and the intelligence service in the fight against terrorism. The police should have more powers for instance when searching vehicles. The Slovak Information Service (SIS) should as part of its operations be able to pretend selling or purchasing of things that could be used in terrorism crimes.

The police should also be able to monitor phone communication of those charged with terrorism-related crimes, excluding their communication with their attorneys.

In early December, more proposals should be drafted regarding the technical and personnel strengthening of security units. The government is considering boosting the number of members of the 5th Special Forces Regiment, the armed forces’ special operations unit also trained for counter-terrorism operations.

There should also be more cooperation between the army and the police, Defence Minister Martin Glváč said as reported by the SITA newswire. About 800 soldiers could be deployed to patrol together with the police, after a crash course in police competencies.