We are heading to better energy interconnection

On 18 November the European Commission published its first State of the Energy Union Report. EC Vice President Maroš Šefčovič has worked hard and efficiently to get the support of the EU members states and thus bring the project closer to reality. 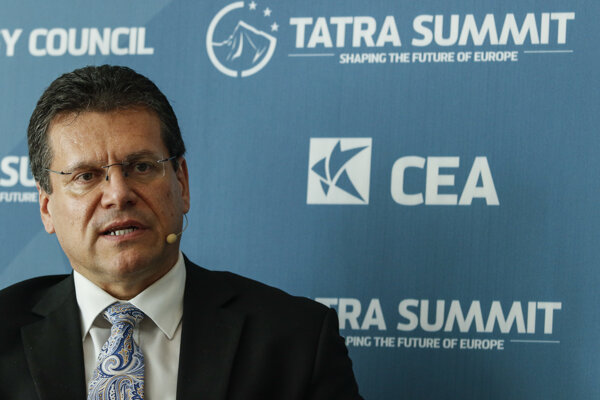 Just nine months after announcing the project, the report shows promise it will deliver a cleaner, more competitive and more independent and secure Europe.

We very much welcome every positive sign that the project is on its right track. The intention to prioritise the development of a new electricity market design is one such sign and a good step forward. It is essential to deliver a fully functioning internal energy market and is the best way for Europe to deliver competitiveness, support cost-effective decarbonisation and renewables integration, and enhance energy security and cross-border trade.

As Amber Rudd, Secretary of State at the Department of Energy and Climate Change noted in her speech on a new direction for UK energy policy “Energy security has to be the number one priority“. This is best done through diversifying energy supplies and reducing reliance on one supplier of oil and gas in particular.

But another crucial way to achieve this is enhanced inter-connection within the EU – which is also a key building block in completing the internal energy market and cutting costs of maintaining an energy secure Europe. A good opportunity to move forward in this area is the plan to encourage investment in key energy infrastructure through the European Fund for Strategic Investments.

Enhancing gas interconnections is a crucial issue for central Europe – it is one of the best ways to increase energy security and diversity of supply. A good example is the Slovak- Polish interconnector that will provide Slovakia with access to the LNG coming through the Baltic Sea. But it does not stop there.

In July 2015, 15 countries in central and south eastern Europe signed a memorandum of understanding under the European Commission initiative of Central Eastern and South Eastern European Gas Connectivity (CESEC), which will pave the way for integration of EU and non EU energy markets in the region and help build missing gas infrastructure links. This will help to create an infrastructure from northern Europe all the way to the South and ultimately will allow the EU to access gas from both the Baltic and Adriatic Seas.

In this context, it is also interesting to follow the Slovakia championed Eastring project, developed by the company Eustream which could improve regional interconnection and enhance Europe’s security of supply. We are pleased to see that a number of Slovak projects got onto the list of Projects of Common Interest, which underlines the Commission’s strong support for the region.

Recent history has shown that suppliers of gas have used – or threatened to use – their position as an energy supplier to develop political pressure on the EU and non-EU countries in the past and we must ensure that room for such practices is minimized.

For this reason the United Kingdom will continue with its support of a rigorous application of the Third Energy Package regulations. We welcome investment in Europe’s energy infrastructure, but it is essential that proposals such as the Nord Stream expansion are fully compliant with the Third Energy Package which is designed to safeguard and strengthen Europe’s security of supply. We should approach energy investment strategically, and remain vigilant of the potential impact on the economies and energy security of European countries by plans to reroute existing gas supplies.

Yes, we need to have our energy secure, but we need to have it also clean. We need energy security, but no responsible government should take a risk on climate change either, because it’s one of the greatest long-term threats to our economic security.

A strengthened European carbon market through the recently agreed Market Stability Reserve (MSR) and new proposals for the next phase of Emissions Trading System will deliver on this. At the same time, development of a new strategy for research, innovation and competitiveness in 2016 will be critical to maximise the effectiveness of instruments in driving cutting-edge energy and low carbon innovation in Europe and reducing decarbonisation costs.

Geopolitical events will keep the energy agenda high on the priority list also in 2016. Vice President Šefčovič is making fast progress and the support of member states still remains vital. We can say to Europe that Britain is ready to help with taking the Energy Union forward. And PM Cameron has been calling for an ambitious Energy Union for Europe – to save hardworking families money and to guarantee energy supplies for future generations.