State support for schools to shrink in 2016

DESPITE protests and overall dissatisfaction of teachers with the current state of education in Slovakia, schools will receive less money from the state budget next year. 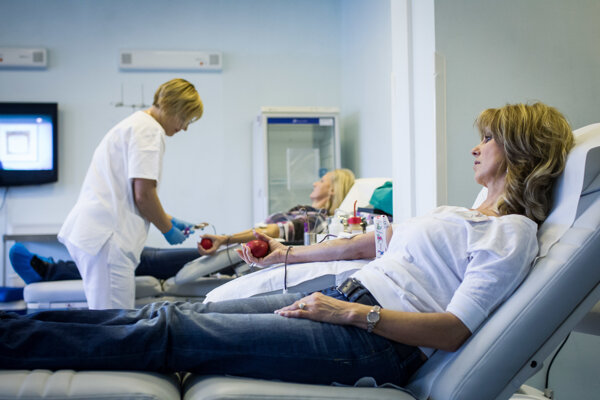 The teachers are ready to continue protests and fight for more funds but the ministry says any changes must be left until after the March elections.

The Education Ministry will receive about €1.23 billion, which is €266 million less than this year. This is mostly the result of receiving less in European Union funds compared to previous years but also a drop in money allocated for extending the capacities of kindergartens from €10 million to €5 million, the Education Ministry wrote in a statement for The Slovak Spectator.

On the other hand, the ministry will dispense more money for ski courses and education that takes place out of school, a 4-percent increase in salaries of school employees, and also finances to lure experts to come to Slovakia from abroad. Pavel Ondek, head of the Trade Union of Workers in Education and Science of Slovakia (OZŠaV), says that schools will actually get more money than this year.

“The demands of schools cannot be covered from such a budget,” Lucia Kováčová of the Slovak Governance Institute told The Slovak Spectator. “The schools are already under financed, they often cannot attract quality people due to low salaries and lack of money for teachers’ assistants or other activities.” 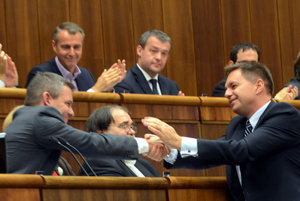 Teachers are also critical of the current budget and are calling for changes. The budget should be increased to settle differences at schools and “secure the same access to education to all children,” Miroslav Sopko of the Slovak Chamber of Teachers (SKU) told The Slovak Spectator.

The Slovak Chamber of Teachers called on the government in mid-October to increase the tariff salaries of all teachers and professional employees in the school system by €140 as of early 2016, and another €90 as of 2017. They also demand increasing the Education Ministry’s budget by €400 million, and restoring the credit system which allowed teachers to increase their wages via various bonuses.

Education Minister Juraj Draxler has already called the demands unreal and has admitted that although he agrees with increasing money for the education sector, this will be a task for the new government.

To draw attention to the problems in the sector, the Initiative of Bratislava Teachers has already organised several protests, including the Rally of Long Noses and Health Day. Another protest, titled Babysitting Day, is planned for December 10, and more protests may follow. 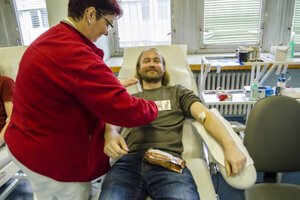 “We are not considering halting our activities for now since none of our requirements have been met,” Soňa Puterková of the Initiative of Bratislava Teachers told The Slovak Spectator. However, she has ruled out strikes for now, saying it is only a last resort.

The protests have already been supported by several local teachers’ initiatives and organisations established in municipalities across the country, and also by the New School Trade Unions organisation.

Ondek, however, considers these activities “only an initiative of teachers”. Though the protests may help change the situation, they will have no effect now when the state budget is already approved, he added. The OZPŠaV will rather support the alternatives which will really secure more money to improve the education sector.

The protests are natural consequence of the government’s disinterest in the current state of Slovak education sector, according to Kováčová.

“They also disprove the claims of the current education minister that there is no demand for increasing the spending on education,” she added.

Salaries rise, but not enough

Though the budget includes the promise to increase the salaries of teachers and other state employees by 4 percent, they will in fact receive only €30 a month more, the Sme daily wrote.

Ondek defends the 4-percent increase, saying that in the years 2013-2015 only the salaries of teachers at primary and secondary schools grew, but not those of university teachers or non-teaching employees at schools. This time, the increase targets all employees in the education sector, he explained. 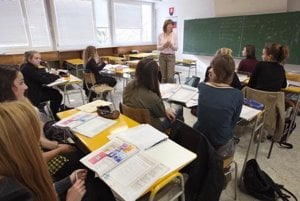 Sopko of SKU however says that the increase in the salaries was only minimal. Moreover, the government did not accept the proposal of previous Education Minister Dušan Čaplovič to raise the salaries to equal 1.2-1.6 times the average salary.

“In the end of the current tenure their salaries are still only about half the average wage of people with a university education, which is far below the EU average,” Sopko added.

The statistics also show that the salaries of teachers are much below the average of other professions with university education. The teachers at kindergartens earn about €600 gross a month on average, while teachers at primary schools receive an average gross monthly salary of €762 and teachers at secondary schools get €791. Employees with secondary school education earn about €804 gross a month while those with university education receive about €1,102, according to the Platy.sk website.

Since every qualified teacher at primary and secondary school needs a university education, it is obvious that teachers get much less than other professions with comparable education, stressed Miroslav Dravecký, product manager of Platy.sk.

“This is most visible in Bratislava Region, thus we cannot be surprised that dissatisfied teachers are the loudest in the capital,” Dravecký added.

“I agree with the basic requirement to increase funds for the education system, but I say that the March elections and the programme statement of the government will be crucial,” he said, adding that this document should reflect “the basic political guarantee that more finances will be allocated for the education sector”.

Prime Minister Robert Fico’s government promised to, among other things, improve the status of teachers and raise their salaries, increase the finances allocated from the state budget for schools, science and research, change the financing of schools, and also reform the whole system.

It has failed to meet those promises, Kováčová said. According to the Organisation of Economic Cooperation and Development (OECD), Slovakia allocates less than 5 percent of GDP on education, while developed countries allocate more than 6 percent on average. The schools often lack money for their basic operations, like providing an individual approach to some students or keeping quality teachers who often leave due to low salaries. The pay rise is not big enough, she said.

“This will not improve the status of teachers and will not lure quality people to become teachers,” Kováčová added.

Moreover, the education reform was limited only to minor changes to the state education programme. Also the push to de-bureacratise schools has been stopped, Sopko said.

“The biggest failure of the government is that it did not draw the attention to the fact that quality school graduates and quality labour force can lure to Slovakia investments with higher added value, so the country does not become only an assembly workshop for the automotive industry,” he added. “And that to achieve this we need quality, adequately paid, motivated teachers.”

As for the legislative changes, Ondek points to missing changes to financing of the schools, higher salaries also for non-teaching employees at schools, or changes to the school system so all education facilities will run under the Education Ministry. At present some schools operate under the ministry, some under the municipalities, and some under the Interior Ministry, Ondek said.

He also recommends restoring the report on systemic changes to the sector elaborated when Dušan Čaplovič served as the minister (2012-2014), which contains changes for both the primary and secondary schools and universities, including finances.

“This will not happen until education becomes a real priority for the government,” Ondek said.