CUSTOMS officers stopped a van with Austrian licence plates at the Austrian-Slovak border crossing (in the Bratislava borough of Jarovce) when they recorded a level of radioactivity which was exceeded the safety levels by 400 percent, the TASR reported on November 26. 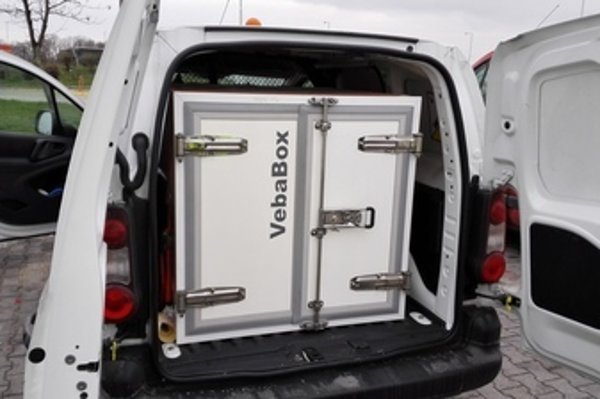 The driver had intended to carry the dangerous load from Austria without any authorisation and to transfer it to a vehicle with a Czech licence plate. The police are currently investigating the matter.

“During joint monitoring with the tolls department of the Police Corps, customs officers were checking cars coming into Slovakia with special scanners,” Bratislava Customs Office spokesperson Katarína Tehláová told TASR. “The checks were aimed at revealing breaches of customs and tax regulations by lorry and passenger transport on the so-called Balkans route.”

A radiation alarm was set off as the aforementioned van passed by the checkpoint. The driver, a Croatian national, was found to be carrying dangerous radioactive substances into Slovak territory without the appropriate permits. The patrol subsequently carried out manual measurements and attempted to identify the transported material.

“The device identified an isotope,” Tehláová said, as quoted by TASR. “An increased level of ionising radiation over time ratio was measured near the vehicle, amounting to 26.54 µSv/h [microsievert per hour]. The safety limit is set at 0.06 µSv/h.”

The customs officers detained the vehicle in a secure location and set up a safety zone around it. The matter has been passed on for further investigation and proceedings due to suspicions of the crime of the unauthorised production and possession of nuclear materials, radioactive substances and high-risk chemical substances.