There is nothing wrong with politicians knowing the minds of their countrymen – indeed, few know them better than Mr Fico. But constantly pandering to prejudice is not the mark of a leader. 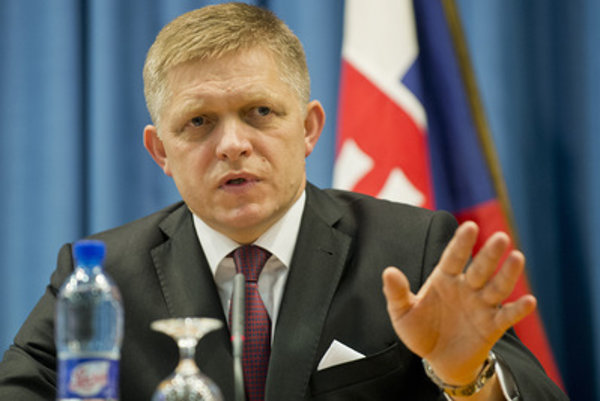 IN A referendum on 22 September, the residents of Rohovce went to the polls. All but 13 of the 531 who voted in the town referendum expressed their opposition to a nearby refugee centre.

"We don't want the camp here," said construction worker Alexander, 60, as he sipped a beer in a pub during a lunch break. "There'll be more petty crime, thefts and so on, and when they start mixing with the locals, diseases will spread around, even venereal diseases," he predicted.

The mayor, Dezider Pálffy, concurred: "I'm worried that their [refugees'] presence could raise crime levels, like [illegal] money changing and perhaps even prostitution, and they could also spread various diseases."

Leaving aside the peculiar obsession with STDs, does this sound familiar? As it happens, this story dates back to 2001. But not much has changed.

In August this year, residents of nearby Gabčíkovo voted by a similar margin (2,501 out of 2,603) against a refugee centre being reopened in their village.

But there was one striking difference.

In 2001, the then interior minister, Ivan Šimko – whose government, it is worth noting, was facing an election the following year, as is the present one – told the SITA newswire: "There are simply certain unpopular facilities which every state needs, such as refugee camps."

Not any more, apparently.

His government has spent the summer warning darkly of the risks it claims are associated with mass migration, and his Smer party is now running billboards nationwide declaring 'We Protect Slovakia'. No prizes for guessing from whom.

In a revealing comment reported by TASR on 3 November, Fico used these supposed dangers to dismiss criticism of heavy-handed tactics by the government in Turkey towards the media and opposition there: "When there's a few million migrants on Turkish soil who need to be held there, it's counterproductive to wage sanctimonious human rights discussions."

With the Paris attacks came apparent vindication: "It’s a confirmation of the huge security threats connected to migration," the prime minister said on TA3 on 15 November; "We respect that there’s a migration crisis, but Slovak citizens and their security is of higher priority than the rights of migrants."

The current wave of migration has always involved a security threat, he insisted, before dropping the bombshell: "We monitor every single Muslim in Slovakia." No sanctimony there, then.

A day later he helpfully added, by way of explanation: "The truth is that, apart from [Anders] Breivik in Norway, it's always Muslims who are behind terror attacks," TASR reported.

Now there is nothing wrong with politicians knowing the minds of their countrymen – indeed, few know them better than Mr Fico. But constantly pandering to prejudice is not the mark of a leader.

The often unpopular decisions of the government in 2001 helped recover Slovakia's tarnished international reputation and got the country into the EU. Mr Fico may well win re-election next year. But what will his legacy be?