Anthology of Slovak prose in English

A selection of short stories and excerpts from works spanning from the end of the 19th century through the present, was compiled by writer and linguist Peter Karpinský. 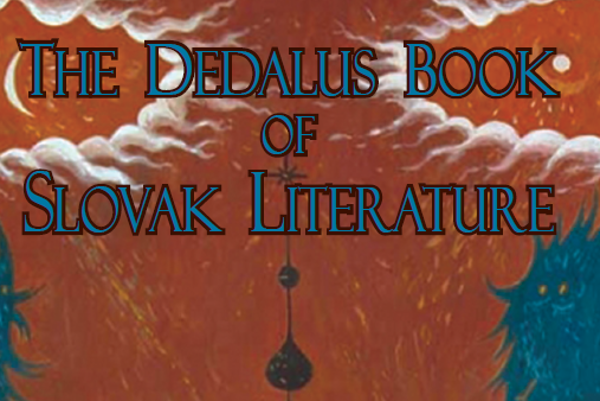 THE British publisher Dedalus Books has issued an anthology of Slovak literature named The Dedalus Book of Slovak Literature. A selection of short stories and excerpts from works spanning from the end of the 19th century through the present, was compiled by writer and linguist Peter Karpinský. 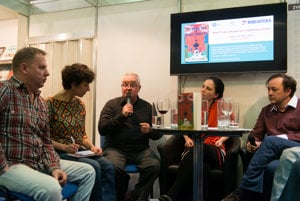 In the introduction to the anthology he offers readers a brief excursion into the history of Slovak literature, before moving on to present 12 Slovak males and one female writers of prose. The first author introduced is Martin Kukučín (1860 – 1928), a renowned figure of Slovak literary realism and a master of depicting period life in a Slovak village, with the short story Tinker´s Christmas.

Kukučín is followed by two other classics of Slovak literature. Jozef Cíger Hronský (1896 – 1960), in his story Gajdoš’s War Horse, describes a soldier’s return at the end of World War I. Then Milo Urban’s (1904 – 1982) novella Old Age touches on existentialism.

Writer Gejza Vámoš (1901 – 1956) could be called a rebel of Slovak literature between the wars. Originally a doctor, Vámoš was often criticised by his peers for breaking the composition of a novel; but now he seems like the first representative of Slovak post-modern literature. In his novella Edita´s Eye, he brilliantly and unconventionally handles a tragedy in his own family.

Next, the extract from Dominik Tatarka’s (1913 – 1989) novella Wicker Chairs introduces a romantic story into the anthology as well as youthful eagerness and idealism. This all plays out in Paris shortly before the outbreak of World War II.

The works of Vincent Šikula (1936 – 2001), in which music and musical composition play a crucial role, are represented in the book by his novella With Rozárka. Very gently, the novella paints the image of a relationship between two siblings, Ondrej and his feeble-minded sister Rozárka, who is dependent on his help. Next to come is the work of Rudolf Sloboda (1938 – 1995) A Collection of Material. Sloboda’s works are known for their painful sincerity.

From the works of Ján Johanides (1934 – 2008), a writer-existentialist, his novella Indecisive was chosen. This text comes from the author’s prose debut appearing in 1963 and is marked by much experimentation.

Pavel Vilikovský (1941), the greatest Slovak literary post-modernist, is featured with his short story Escalation of Feeling. Meanwhile, Dušan Mitana’s (1946) writing is marked by wit, the absurd connection of a banal story or experience with thrills, hyperbole, secrets and dreams. Readers can find this out for themselves with his short story Breeze and the Others.

The title of the most prominent magical realist in Slovak literature goes to Václav Pankovčín (1968 – 1999). The vast work of this author, who died young, is represented in the selection of the text A Little Side Story about Bean Soup.

The writer who goes by the pen name Balla (1967) could be considered a Slovak Kafka. His story Pregnancy is part of the anthology.

The strong generation of young contemporary Slovak women writers is represented by Monika Kompaníková (1979) with her story Escape, which addresses human efforts to escape the stereotypes of everyday reality.

The initiator of putting together the anthology The Dedalus Book of Slovak Literature was the Centre for Information on Literature, which had approached several publishers. 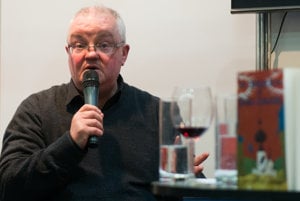 Established in 1983, Dedalus Books publisher specialises mainly in publishing European fiction, focusing on genre literature. When selecting its titles, it is oriented mainly on less traditional stories which mix the bizarre, distorted reality, surrealism or even grotesqueness, and are primarily meant for demanding readers. The publishing house also brings contemporary English authors, translations of contemporary and classical European writers, as well as anthologies. It distributes its books throughout the United Kingdom and also in the United States.