Bratislavans experience a taste of the homeless life

PEOPLE in downtown Bratislava could try how it feels to be homeless and to sleep in the street for one night. On November 19 they came to Hurbanovo Square, in front of the Church of St John of Matha (widely known as the Holy Trinity Church). 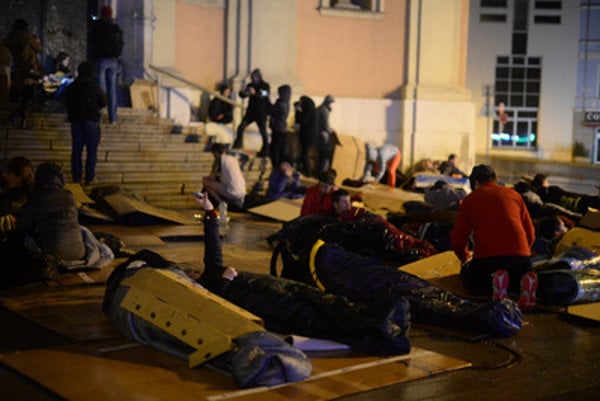 By staying there overnight, they publicly expressed their support for the estimated 4,000 homeless people in the capital. “Maybe you ask what will change when you sleep in the street,” the Vagus civic association which works with homeless and which organised the event (along with the Department of Social Work of the Comenius University) asked. “Jointly, we can show the authorities that we do care about this serious problem of homelessness being solved in a conceptual and active way. Apart from this, everyone can try how it feels to survive a night alone, in the middle of a street – this cannot be described, only experienced.”

The “admission fee” for the participation was food worth €5, or a sleeping bag or blanket. “All the food and covers collected go to the homeless this winter,” organisers said. About 60 people slept in Hurbanovo Square, according to the organisers. The Night Out also included a discussion with political analyst/host Michal Havran and the Franta Projekt rap performance of one of the actors of the Homeless Theatre/ Divadlo bez domova, the TASR newswire wrote.

The Night Out is an international project, as it took place simultaneously also in 17 Czech cities and towns. 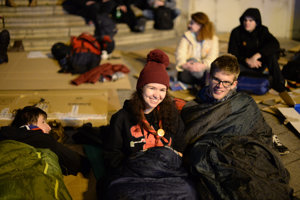 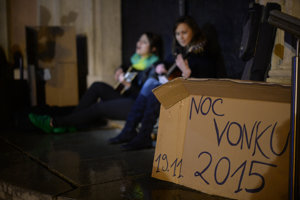 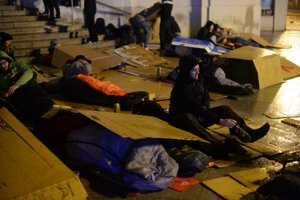