Further catastrophe can still be averted

The Paris Climate Summit represents a unique opportunity to address the issue globally and with a sustainable goal. 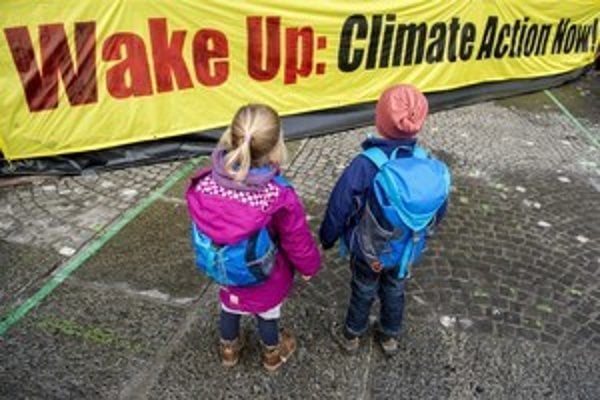 Today is a crucial day for the future of our planet: the 21st Conference of the Parties to the United Nations Framework Convention on Climate Change (COP21) opens in Paris.  Approximately 150 heads of state or government, including Prime Minister Robert Fico, confirmed their participation, which represents an unprecedented level of mobilization despite the tragic events of November 13 in Paris. All around the world, people are more and more aware of the urgency pounding on our door: if the rise of global greenhouse gas emissions continues at its current pace, the average worldwide surface temperature will increase by between 3.7 and 4.8 degrees above pre-industrial area temperatures by the end of the century. Reality confirms this assessment. 2015, just as 2014 has been the hottest year since the beginning of temperature records. The need for action is crystal clear. The Paris Climate Summit represents a unique opportunity to address the issue globally and with a sustainable goal.

The past year was undeniably auspicious as things started to move on several issues. We are now in better shape than we used to be at the end of last year.

As of today, more than 170 countries have published their commitment proposals as to the reduction of CO2 emissions. Together, these states account for over 90 percent of global CO2 emissions.

Progress has been made on the issue of funding the fight against climate change and its effects, in particular in the most vulnerable countries. The commitment, taken at Copenhagen in 2009, to mobilize $100 billion a year by 2020 for this purpose now appears within reach. Multilateral organisations and institutions have already committed themselves to contribute altogether more than $75 billion. Also, the “Green Climate Fund” as a channel for public funding and a catalyst for private further funding has received initial funding commitments to the level of more than $10 billion. France, Germany and the United Kingdom have been among the first contributors to the fund and played a decisive role in establishing it. Reaching $100 billion does, therefore, not only appear as a possible, but also as a credible objective at this stage.

Furthermore, a growing number of influential personalities, at the global level, have voiced the urgent need to tackle climate change: Pope Francis in his Laudato Si encyclical on June 18, appealed for more environment-friendly growth. Ban Ki-Moon, during his October visit to Slovakia, had the opportunity to remind the importance of standing united for the climate in view of the coming COP21 for the security of our planet and we know how strongly Slovakia is engaged in signing a legally binding successful agreement in Paris.

All these signals are encouraging. Yet, for COP21 to be a crucial milestone in the fight against climate change, there are still some challenges to be met during the conference.

Firstly, national proposals as currently presented leave us still far above the 2°C global warming target by the end of this century. Levels of ambitions need to be raised to achieve much needed improvements during the COP itself. Secondly, the credibility and the successful implementation of the outcome of Paris will largely depend on an adequate follow-up on commitments taken at global and national levels. To ensure delivery on commitments, a transparency and accountability regime will have to be included in the final agreement. Thirdly, COP 21 should provide us with a global vision on how to attain our long-term goal of keeping climate change under control. This must include regular reviews of what has been achieved in this regard including the adaptation of national targets if needed.

Developing countries are, in many instances, the first and foremost victims of climate disruption such as droughts and rising sea levels. Funding flows to these countries should not only help to mitigate the impact of disruptive events, but also support the adaptation to the already noticeable effects of climate change. The establishment of the V20 group, which represents a group of countries particularly vulnerable to climate change, will be an important step in this direction.

The fight against climate change has many stakeholders. It can’t and should not remain solely in the hands of states. Civil society, citizens, associations, companies and local governments have an active role to play. The UN “Nazca” (Non-State Actor Zone for Climate Action - http://climateaction.unfccc.int/ ) website sets out a list of all these initiatives. More than 1,100 companies, 300 investors and more than 580 capital cities, urban centres and cities across the five continents have registered so far. Two Slovak cities – Bratislava and Nitra – have registered, but only two Slovak companies; it is not enough but it is not too late to come on board.

An ambitious, sustainable and binding agreement in Paris in December is more than ever needed.

Let us say it once again: the costs of inertia in the face of climate change would be immeasurably higher than those of the efforts required at this stage. The financial and economic costs will finally have to be borne by future generations, by our children. But there are also social consequences resulting in conflicts and insecurity of large groups in our societies and potentially triggering massive population movements across the globe.

Efforts required to stop such scenarios are doable. Investments in low-carbon industry and energy effectiveness will strengthen the competitiveness of our economies. The diversification of Slovakia’s energy mix towards increasingly low-carbon technologies is a promising source of know-how, spurring competitiveness and employment in the cutting-edge sectors of tomorrow.

The stakes of COP21 are urgent. But this is also an opportunity to make Paris a turning point in the fight against climate change if we want to pass on to our children a planet in which it is worth living.