Fico attends opening of the climate summit in Paris

Slovakia is part of the EU's ambitious plans and commitments. 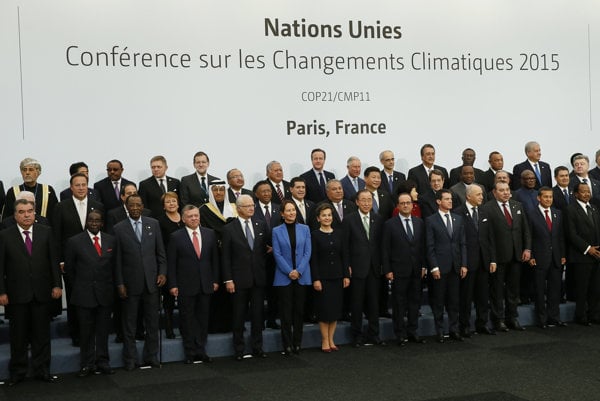 Slovakia has arrived at the Paris Climate Change Conference, organised under the auspices of the United Nations, included in common EU commitments and satisfied that it succeeded in keeping its nuclear energy within the so called ‘national energy mix’, said Slovak Prime Minister Robert Fico prior to his departure for Paris on November 30. Fico left for the Climate Change Conference (COP21) directly after the EU-Turkey summit that was held in Brussels on November 29 and he noted that Slovakia is a part of broader offer that the EU is going to present at the conference.

According to the Slovak Premier, the Union would like to become a leader in terms of global negotiations concerning the alleviation of climate change. He added that everyone feels optimistic about the outcomes of the summit, while the results are very important especially for French President Francois Hollande.

“Around 150 states have already contributed to the decrease of greenhouse gases, but major players such as China and the United States have not done so as of yet,” said Fico as cited by the TASR newswire.

According to him, Slovakia does not have a reason to speak separately at the conference as it is a part of the whole EU package. But he emphasised that Slovakia succeeded in keeping the so called ‘national energy mix’, where each state’s decision on the form of energy production should be respected.

“Each country would be able to independently establish how to achieve the pre-agreed targets and we have especially cared for the existence of nuclear energy,” reminded Fico at talks at the EU level ahead of the conference. “We’re glad that it has been taken into consideration.”

Fico thinks that the EU’s propositions are the most progressive steps in this area, although they are so progressive that some were worried whether these contributions for climate protection will not be counterproductive in relation to industry and power engineering.

The EU and its member states have declared the intention to adopt in Paris a commitment to reduce domestic emissions of greenhouses gases by 40 percent by 2030 compared to their level in 1990, to increase the share of energy to come from renewables to 27 percent, and to increase energy efficiency by 27 percent.

“These are very ambitious goals and Slovakia will have to increase its efforts to meet them,” said Maroš Stano, spokesperson of the Slovak Environment Ministry as cited by the SITA newswire. “But they are not unrealistic and the Environment Ministry believes that they will have a positive influence not only on the climate but also on the orientation of Slovakia’s economy towards more sustainable development and low-carbon technologies.”

Stano added that Slovakia has already reduced its emissions of greenhouse gases by 41 percent since 1990 and thus it has highly exceeded international commitments.

Fico has also reminded that a similar summit on climate change in Copenhagen (2009) fared miserably. Therefore, it cannot be ruled out that it will not happen again. But he stated there has been a lot of diplomacy and energy put into this year’s conference.

“Let’s hope that there will be an agreement at the end,” concluded Fico. “The EU has it all clear, so it depends on other players.”