Drive from Bratislava to Košice shorter

Over 60 kilometres of the cross-country highway connecting Bratislava and Košice are still missing. 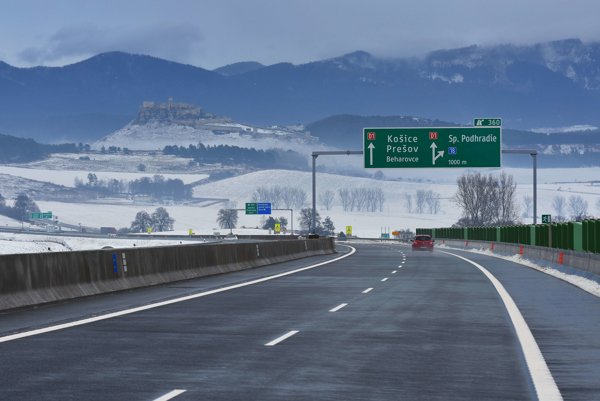 The northern part of the D1 cross-country highway connecting Bratislava and Košice is almost complete after a 9.5-km stretch near Levoča was opened on November 30. While more kilometres will be put into operation by the end of 2015, more than 61 kilometres of the highway are still missing.

“The key Slovak D1 highway has been slowly but surely consolidating,” said Transport Minister Ján Počiatek during the ribbon-cutting ceremony. “Today it is possible to drive safely and quickly from Ružomberok up to Fričovce [close to Prešov], a length of 120 km. In December we will open the Fričovce-Svinia stretch.”

This would mean that drivers should be able to drive on a continuous highway from Ružomberok to Prešov by Christmas. 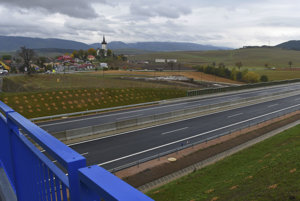 The opening of the second part of the 20-km Jánovce-Jablonov stretch means a relief especially for the historical city of Levoča, on the UNESCO World Heritage List, as it will enable a full bypass of the city.

Highway stretches of D1 that opened or will be opened this year will shorten the drive from Bratislava to Košice by about more than 20 minutes, the Denník N wrote on its website.

Part of the stretch opened on November 30 includes the 600-m tunnel Šibenik and 12 bridges. Costs exceeded €126 million, of which 85 percent arrived from EU funds. Construction work by the consortium of companies around Eurovia started in 2012.

In total, Slovakia completed construction of 56 kilometres of highway and dual carriageways in 2015. More than 61 kilometres of D1 needs to be built or completed, according to the Hospodárske Noviny daily.