Nearly 1,000 nurses hand in their notice

A TOTAL of 974 nurses and midwives handed in their notices by December 1. 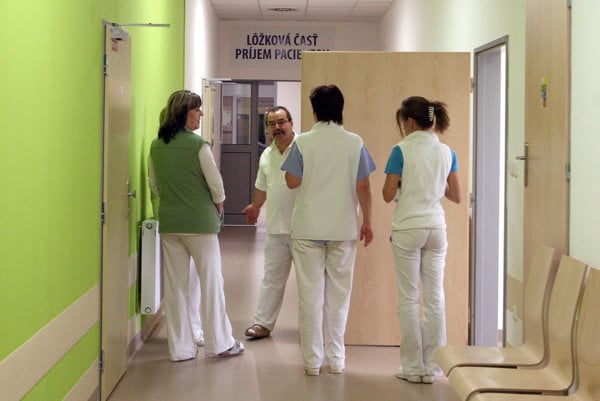 “We expect more notices to come,” said head of the Slovak Chamber of Nurses and Midwives (SKSaPA) Iveta Lazorová, as quoted by the TASR newswire. 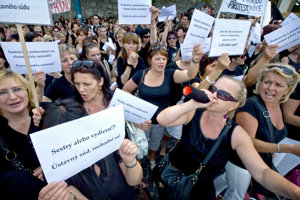 Read also:Nurses to resign amid battle for more payRead more

The nurses are dissatisfied with how the Health Ministry has dealt with their demands regarding pay and working conditions. The mass resignation is also an attempt to counter a bill approved in late November. The nurses deplore the fact that the legislation will only increase the salaries of over 20 occupations working at hospitals, which excludes those working in doctor’s surgeries, spas and social service facilities. They also demand that factors such as the number of years one has worked in the sector be included in the calculation of one’s pay, as reported by TASR.

Nurses who handed in their notice by the end of November will officially terminate their employment next February. 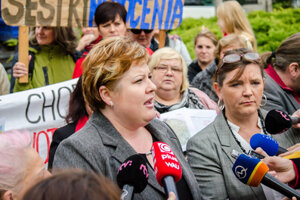 Health Ministry spokesman Peter Bubla said that the ministry is watching closely how the situation unfolds.

“We’ll wait until the end of the day before we come up with an assessment,” said Bubla, as quoted by TASR.

Health Minister Viliam Čislák is in touch with the heads of the hospitals concerned. He said last week that the mass resignations are politically motivated, with Nurse and Midwives Labour Union head Monika Kavecká considering running for a parliamentary seat come the general election in March 2016, TASR wrote.