ONLY FIVE political parties would harvest enough votes to make it to the parliament if the elections took place in mid-November. 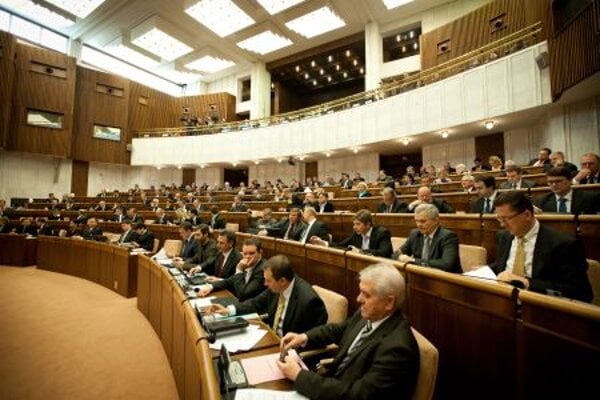 The ruling Smer party would clearly win the elections with 36 percent of votes, which accounts for 72 seats in the parliament, according to the MVK poll carried out on 1,270 respondents between November 14 and 21.

Second would come Sieť supported by 14.9 percent of respondents (30 parliamentary mandates), followed by the Christian Democratic Movement (KDH) with 10.1 percent (20 mandates). The Slovak National Party followed (SNS) and Most-Híd would follow with 6.8 percent and 6.7 percent, respectively (14 seats each). No other party would have cleared the 5-percent threshold needed to win representation in parliament, the TASR newswire reported.

The two-party coalition of the Ordinary People and Independent Personalities (OĽaNO) and NOVA would also have stayed outside the parliament as it would harvest only 6.6 percent of votes. Under the current rules, the coalitions of two parties face a 7-percent threshold.

Ethnic-Hungarian Party of the Hungarian Community (SMK) received 4.4 percent of votes, while Freedom and Solidarity (SaS) was down to 3.7 percent, followed by the Slovak Democratic and Christian Union (SDKÚ) on 2.8 percent and the fledgling SKOK party was on 2.3 percent.

Support for the Communist Party of Slovakia (KSS) was measured at 1.4 percent, while the far-right People’s Party-Our Slovakia (ĽSNS) would have been voted for by 1.1 percent of people. Šanca and TIP came next on 0.8 percent, TASR wrote.