NEW €20 banknotes, with better security features, have been released into circulation. 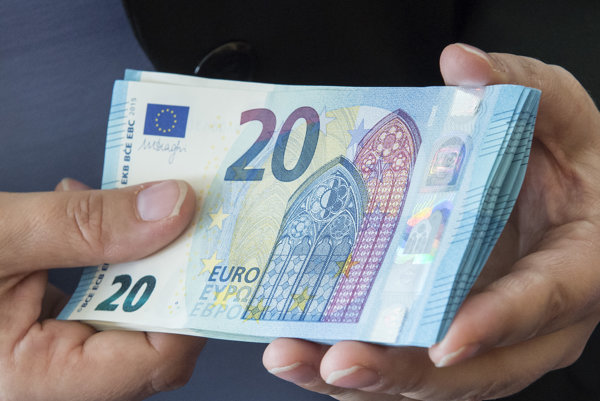 The old €20 notes currently in circulation are still valid and the National Bank of Slovakia (NBS) will withdraw them gradually.

“A total of 4.3 billion of these notes have been printed for the needs of cash volume at seven different printing locations within the eurozone,” NBS informed, as quoted by the TASR newswire. “NBS, as well as other central banks in the eurozone and the European Central Bank, provided information in advance for the general public, banks, financial institutions, companies, entrepreneurs and also schools and other organisations.”

In the main, banks and companies that manage cash machines had to prepare for the depositing the new €20 notes. NBS began its preparations approximately nine months ago, by presenting the new parameters and security features of the banknote to representatives of banks and also to police and other institutions.

The new euro banknotes, from design series Europa are being introduced into circulation over several years, and follow the new €5 note which was introduced in 2013 and the €10 note in 2014. The notes from the first issue series will remain valid until further notice and in the case that they cease to be legal tender, they will be replaced by all national central banks of the eurosystem without any time limit, TASR wrote.