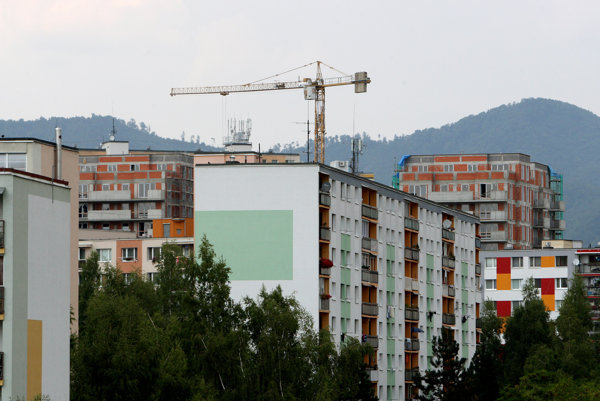 As of November 2016 municipalities will have a new funds to boost their budgets: from a real estate development fee. The fee is optional and can run between €10 and €35 per square metre of a real estate. The aim of the legislation, according to Smer MPs Igor Choma and Richard Raši is to increase incomes of municipalities, support their development and fight against corruption. Parliament adopted the new legislation on November 20, and last-minute changes have drawn particular criticism.

The aim of the bill, as Choma explained for the TASR newswire, is to help municipalities construct new infrastructure to match new development including  streets, kindergartens, shops and other amenities to serve also to dwellers living in new residential units.

“The aim of this bill is thus give mayors and local administration an instrument to support the financing of this infrastructure,” said Choma as cited by the TASR newswire.

The Union of Towns of Slovakia (ÚMS) welcomed changes.

“The bill will enable at least partially compensate insufficient tax incomes of local administration that are not high enough to cover development and remove the modernisation debt,” said Marán Minarovič, ÚMS secretary general, as cited by TASR.

During the approval process in parliament the bill was changed in the way that family houses up to 150 square metres were omitted from the potential obligation to pay the fee.

The Institute of Urban Development (IUR), a non-profit association representing professionals involved in land development and planning, that initiated introduction of such a fee, criticises the adopted legislation saying that the bill was prepared in haste and contains several shortcomings that go against its original objectives. It perceives the fee as too high while it would increase prices of apartments by €2,500-€6,000 depending on their size and make housing less affordable. It criticises omitting family houses up to 150 m2 from payment of the fee arguing that this actually supports the unrestrained growth of satellites, while the aim was the opposite. It also argues that as municipalities would charge builders , they will either ask from them a voluntary fee or will ask the development fee from investors or builders of blocks of apartments even as such apartments  are bought by young and less wealthy people.