China wants to restore the Silk Road to Europe

THE NEW project planned by China should restore the business and tourist potential of the Silk Road, which used to connect Europe with the Asian continent in the past. 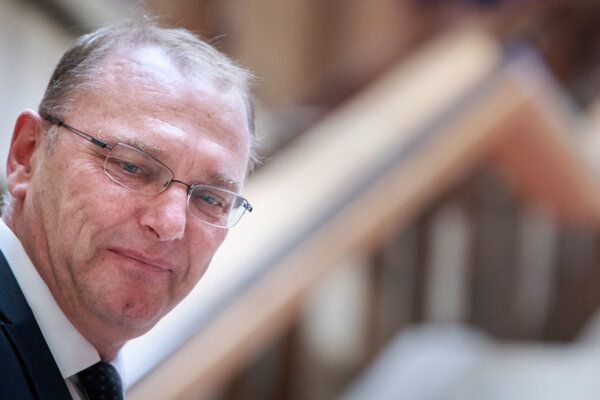 The support to the project is part of the memorandum signed by Chinese representatives and the Slovak Deputy PM for Investments Ľubomír Vážny during his late-November visit to Beijing. It focuses on modernisation and reconstruction of the road and railway infrastructure between the continents as well as electronic data transfer. It is a long-term plan with the aim of restoring business exchanges between the participating countries, Vážny said.

“China wants to become involved in the developments of the investment units in infrastructure,” Vážny continued, as quoted by the TASR newswire.

In Slovakia's case, China wants to become established in the field of intermodal transport terminals, especially in Košice and Bratislava. These projects should be used until the broad-gauge railway construction is completed.

Besides this, the Silk Road project should also contribute to the exchange of knowledge in science, research, technologies, or establishing the joint ventures, as reported by TASR.

In addition, Chinese company ZTE Corporation plans to cooperate with Bratislava-based Slovak University of Technology (STU) and Comenius University (UK) on founding the scientific-research service centre for €20 million. The centre should focus on applied research in information and communication technologies (ICT), biotechnologies, bioinformatics, and related sciences.

The new centre, situated in Bratislava, should create about 100 new jobs by 2020, the SITA newswire reported.

“From the point of new technology and research in applied informatics, China is far ahead of us,” Pavel Čicák, dean of the Faculty of Informatics and Information Technologies of STU, told SITA. “If we succeed in taking part of its know-how to Slovakia and together with our experts move forward, it will be a great opportunity for us.”

Analysts praise the cooperation plans with China, saying it may bring further investments to Slovakia in the future. Slovakia, in return, may serve to China as a stepping stone to further investment expansion to the European Union, TASR wrote.