SLOVAK households can ask for a state subsidy if they want to install devices for using renewable energy resources as of December 1. 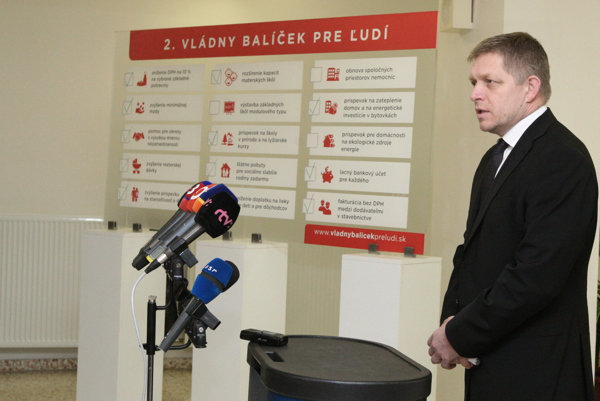 House and flat owners may receive 30-50 percent of the total cost of devices within the Green Households programme, which is another part of the second package of social measures introduced by the government earlier this year.

“We allocated €45 million from the European sources in the first phase,” Prime Minister Robert Fico said, as quoted by the SITA newswire, during opening the first consulting centre for the programme in Banská Bystrica.

Fico added that people seem to be interested in this aid as some 50,000 people have already asked for more information and contacts. They expect the amount will have to be increased.

The financial support concerns mostly the installation of photovoltaic cells, solar collectors, heat pumps and biomass boilers. People eligible for the aid will receive a coupon which they will give to the producer of the device. The producer will then ask the Slovak Innovation and Energy Agency (SIEA) to pay out for the coupon after the device is installed.

“The investment into modern, environmentally friendly devices cannot easily be found in family’s budgets because most of the money is used in construction or window exchanges and thermal insulation,” said Svetlana Gavorová, head of SIEA, as quoted by SITA.

Thanks to this programme, people may obtain more information about the best way to use energy and buy devices which they would not be able to get without a subsidy, she added.

According to the plans, about 14,000 devices using renewable energy resources should have been installed in Slovakia by 2018.

“The Green Households programme is in compliance with the strategy of increasing the share of ecologic energy resources,” Economy Minister Vazil Hudák said, as quoted by SITA, adding that the share of renewable energy resources in Slovakia should rise to 14 percent of the total energy consumption by 2020. Currently the share amounts to 11 percent, Hudák added.