THE BIGGEST positive change since the communist regime fell in November 1989 is the possibility to travel freely, said 35.6 percent of Slovaks asked by the Polis polling agency. 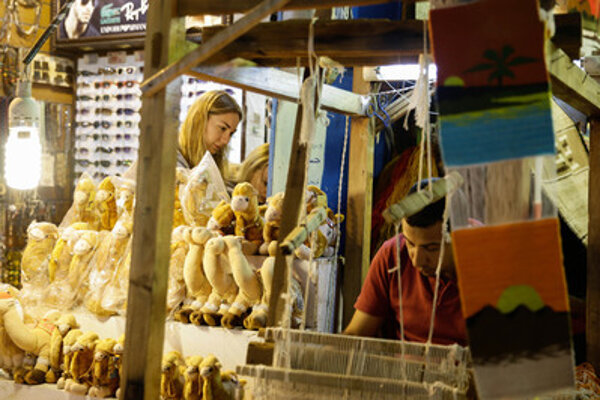 Travelling is one of the biggest positives seen by Slovaks as the result of November 17, 1989 revolution. (Source: AP/TASR)
Font size:A-|A+5

A further 16.9 percent named freedom, 14.6 percent the possibility to work abroad, and 14.4 percent see no positives at all, according to the poll made for the SITA newswire. More positive changes of the post-1989 development were named by respondents: the chance to study abroad, religious freedom, freedom of speech, the end of communism, better supplies, better quality of goods in shops, the start of democracy, better foodstuffs, a higher standard of living, the end of the Warsaw pact, less corruption, free elections, and freedom of  assembly. Other positives than these named were specified by 13.3 percent, while 13.3 percent could not answer – or were less than 18 years old in 1989.

The biggest negative phenomenon after November 1989 is a worse standard of living, 32.3 percent of those polled opined, according to the SITA newswire. People also perceive drawbacks as being unemployment (30.9 percent), more poverty (24.9 percent), worse health care (24.6 percent), more corruption (14.6), less justice (9.7 percent), less just establishment (9.4 percent), and a worse education system (9.1 percent). Other negatives were named by 13.3 percent of respondents, and 12.4 percent could not answer or were underage in 1989.

The Polis agency also asked Slovaks whether they can tell which politicians and personalities of November 1989 are still active. People still remember activists Ján Budaj (15.7%), Milan Kňažko (9.9%), František Mikloško (7.5%), Ján Čarnogurský (5.5%), Czech singer Marta Kubišová (1.9 %), Anton Srholec (1.7%) and Fedor Gál (1.1%). Other personalities were stated by 6.1%, none was named by 12.2%. As many as 53.5 percent were not able to respond which politicians and personalities are still active. Polis made the poll via phone calls, between November 8 and 14, 2015, on a sample of 1,305 respondents, as ordered by the SITA newswire.