Slovakia to have new school for young leaders

THE FIRST international boarding school will open in Bratislava next school year targeting teenagers from the entire central European region. 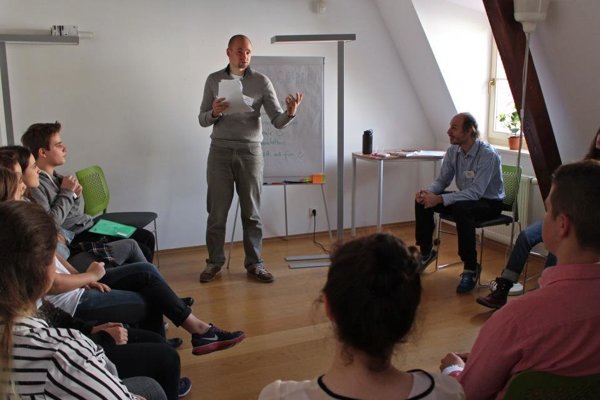 The new boarding school, the Leaf Academy, will be run by the non-profit organisation Leaf, with the plan to start education in September 2016. They plan to take 50 pupils from Slovakia, and also the Czech Republic, Hungary, Poland and Austria.

The lectures will be held in English. The school, as the only one in central Europe, will educate pupils in the enterprising leadership, which should show them how to establish their own company, non-governmental organisations or to cooperate with startups.

“From my experience even the best schools in the world, which offer top education, need to develop and improve in education towards entrepreneurial spirit, leadership and values,” said head of school Chris Cheney.

Cheney has taught in the United States and also at African Leadership Academy in South Africa. He has moved to Slovakia to help launch the new school.

Pupils will be educated in cooperation with companies and non-governmental organisations, with children taking part in real projects. In the end of their studies they will receive the internationally valid diploma (AP) which is recognised by hundreds of universities in more than 60 countries across the globe, the Denník N daily wrote.

“The aim will be to prepare students for real life, focusing on enterprising leadership, but also on values like honesty and courage,” Cheney added.

The annual fee was set to €21,400, but the school is ready to offer scholarships to its students. This will be counted from the income of the pupil’s parents. It is possible that some scholarships will amount to 98 percent of the annual fee, according to Denník N.

When asked why not the whole sum, Principal Matej Sapák, explained that every family should invest some money into their child’s education.

“An important element of Leaf Academy will be an inspirational community of students and teachers from practice,” Sapák said. “On the other hand, every student will be individually approached with the aim to support and develop his or her strengths or the interests he or she prefers, and contribute to his or her self-recognition.”

It is expected that most graduates from the school will continue their studies abroad. If somebody wants to study at Slovak university, they will have to pass additional school leaving exam in Slovak language, held at any Slovak secondary school, according to Denník N.