ON THE ONE hand, the migration issues help boost the preferences of the ruling Smer party, on the other hand, health-care scandals can hamper it. The findings come from a survey made by the Focus polling agency for the Sme daily concerning the March 5 general election. 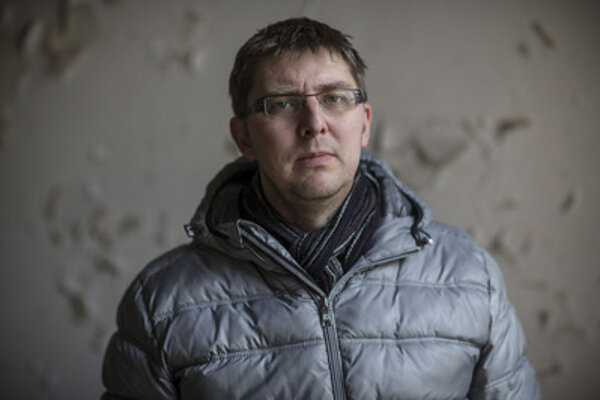 The situation in health care – and the related scandals – is deemed a serious problem by 54 percent of respondents, including some of Smer voters. The party has been coping poorly with the scandals in this sector according to 26 percent of those polled, and the same percent consider them the biggest problem of the current government.

Health care can turn out to be the biggest risk for Smer, Martin Slosiarik of Focus opined for Sme.

“The accumulation of scandals, or one negative experience before the election could de-motivate electorate,” Slosiarik said, adding that rather than opting for another party, voters would probably opt to not vote. A bigger loss of votes for Smer cannot be expected; but one or two percent is realistic, according to him. This could decrease Smer’s chances to rule alone, without a coalition partner, especially if some more scandals appear before the election. The current mass filing of resignation notices by nurses could possibly impact also the operation of medical facilities, and thus the public mood.

The poll also implies that pensioners – generally more frequent clients of the health-care system – are less critical towards the cabinet than those in their 30s or 40s. Older people can be less demanding, and satisfied with lower standards than the economically active group, according to Slosiarik.

The big frustration of Slovaks with public health system has roots in their routine experience – like long waiting times, fees, dilapidating hospitals. If they hear about rigging and manipulation worth millions of euros, their justified frustration and anger will grow still, Tomáš Szalay of the Health Policy Institute (HPI) think tank said.

However, the cases in health care are perceived as a problem by Smer voters, but only 14 percent of them consider themselves "disgusted" by them. Their lower sensibility compared with rightist voters stems form the fact that Smer is the only important party for a leftist voters, with no real competitor. Moreover, despite reality speaking otherwise, Smer voters hear and see their party openly stating that Slovaks have a right to free medical care. People know the government fails to fulfil their promises but it tells what they want to hear, according to Szalay.

Although unemployment or corruption are hot issues in the country – ones to be addressed by the parties elected in March – the refugee crisis on which Smer has based its main election motif is not so crucial for their daily lives. “We have much more important issues today in Slovakia,” Slosiarik says, “which are a concern for the public. But none of them is emotionally so strong as the refugee crisis.”

People consider the ruling party to be the most competent, and thus it could profit most from the crisis. Most polled agree with the government’s stance concerning refugees, even the voters of other parties – 89 percent of respondents identify themselves with refusing obligatory quotas and with stricter checks on Schengen borders which are asserted by the cabinet.

Apart form its own voters, Smer has the biggest support among National Party-SNS, Freedom and Solidarity (SaS) and ethnic-Hungarian SMK parties. Most critical are the voters of Christian-Democratic Movement (KDH) but they constitute just 19 percent. Sociologist Michal Vašečka who specialises in migration does not consider this number surprising, arguing with the homeland’s security being perceived as a priority, even at the cost of undermining cooperation within the EU or suppressing solidarity with people in distress and emergency conditions.

The preferences of Smer have been rising continually since the end of summer: form around 34 percent in August, to more than 37 percent in September, to 40 percent in the last two months. The percent on election day may depend also on whether the hot topic of refugee crisis will not be put to background by other cases. However, if government manages to keep the issue alive by constantly bringing it to foreground and fear-mongering, it can be preserved until the election.

Smer’s potential is limited, however, and the party may be forced to seek a coalition partner- be it in SNS or KDH, Slosiarik opined. SNS makes sense because of the refugee issue, and KDH because their conservative voters are also typical Smer voters. “This means that the 40 percent seems something of a maximum cap today,” he summed up for Sme.