VIERA Tomanová, who served as labour minister for Smer between 2006 and 2010, was elected as the first ever commissioner for children in Slovakia in parliament on December 2. She was elected by 75 votes, in a secret ballot, the Sme daily wrote. 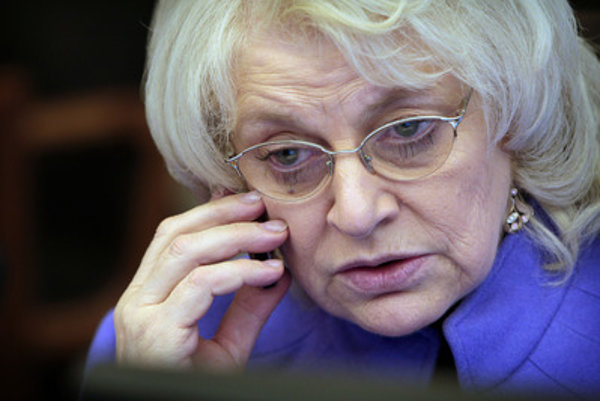 Four candidates were running for the post: apart from Tomanová, aged 67 and nominated by the ruling Smer party: former Freedom and Solidarity (SaS) MP Natália Blahová, Ondrej Gallo from the Pontis Foundation, and chairman of an NGO called Society of Friends of Children from Children’s Homes - Smile as Gift Jozef Mikloško Jr. (son of Christian Democratic Movement-KDH’s MP Jozef Mikloško). Mikloško was supported by KDH, Blahová by Freedom and Solidarity-SaS and Gallo was proposed by NGOs from the Coalition for Children and nominated by Rudolf Chmel from the Most–Híd party.

The commissioner will safeguard the protection of rights of children at courts, state bodies and private companies; the term is six years, according to the TASR newswire.

On the same day, lawyer Zuzana Stavrovská was elected Slovakia’s first ever commissioner for the disabled, receiving 72 votes in parliament. Stavrovská – also a nominee of Smer – was running against opposition candidate Lydia Brichtová who has worked for many years at the Labour, Social Affairs and the Family Ministry. The commissioner will safeguard the protection of rights of disabled people at courts, state bodies and private companies. Her term will also be six years.

While Stavrovská is perceived as an expert in working with the disabled – according to the Union of the Sight Impaired and Partially Blind of Slovakia which supported her – Tomanová was slammed by the Coalition for Children which unites several non-profit organisations focused of legal and otherwise aid to children. It is good that Slovakia finally has a first ombudswoman for children, “but we are sorry that the office will not be headed, as originally planned, by a candidate of the civic society who would fulfil the criteria for independence, expertise or ability to unite all of the different activists from society”, Zuzana Konrádová of the Coalition told the Pravda daily. However, they respect the choice, she added.

The Foundation for Children of Slovakia (NDS) also noted that the selection did not fulfil their expectation, Zuzana Šústová informed the SITA newswire. She added, too, that the Foundation respects Tomanová as commissioner, however, and is ready to cooperate with her.  NDS originally supported Gallo's nomination for the post.