Legionaries’ train is exhibited in Bratislava

IN THE MUSEUM of Transport in Bratislava, the train in which Czechoslovak legionaries travelled is being exhibited, until December 4. 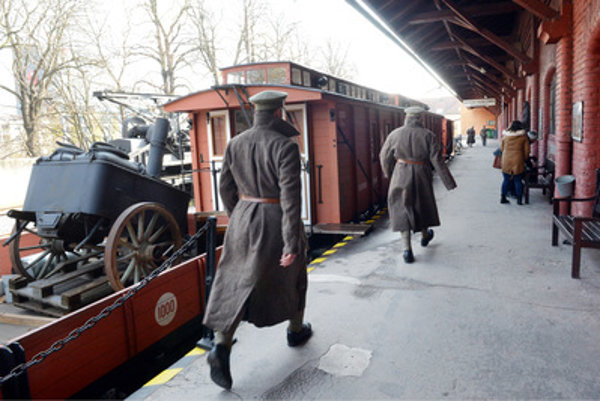 The unique train called Légiovlak (Legionary Train) is an accurate replica of the legionary train ešalón (i.e. a military transport) from the years 1918-1920. It is part of the Legie 100 project which was launched in 2014, at the 100th anniversary of the fight of Czechoslovak legions for an independent state.

“Légiovlak is composed of 11 renovated carriages, with a total length of 104 metres, and it represents army units transported by rail which brought dozens of thousands of Czechoslovak legionaries across Russia on the Trans-Siberian Railway,” spokeswoman of the Railways of the Slovak Republic (ŽSR) Martina Pavliková told the TASR newswire. She added that the most-used carriages are exhibited which can give quite an authentic idea of the legionary trains, as well as the life conditions of the legionaries.

“The train consists of a field post carriage, a carriage called tepluška – which served as mobile barracks to accommodate soldiers –, a medical carriage, a staff carriage, an armoured carriage, a tailor’s carriage, a vending carriage, a workshop, an accommodation carriage and two wagons, one of which transported the armoured car Austin,” the spokeswoman explained, for a total of eleven carriages. 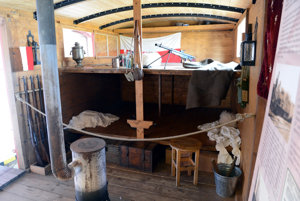 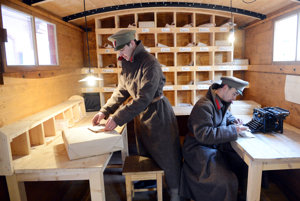 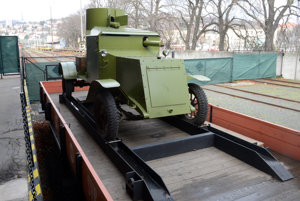 Legionaries' train in Museum of Transport in Bratislava, in- and outside (4 photos)

The workshop carriage was able to be included in the train thanks to the cooperation between Slovak partners of the Milan Rastislav Štefánik Foundation in Bratislava and the Club of Historical Vehicles at the Engine House in Zvolen. Its exterior is a true reconstruction of a historical carriage made in 1906. Also part of the exhibition are numerous period documents and artefacts.

“The crew of the train, in period uniform, gives expert guidance and is also able to help in searching for a potential ancestor who served as a legionary,” Pavliková said.

The original idea of making a légiovlak mobile museum came about in 2008; since then, the Czechoslovak Community of Legionaries (ČSOL) gradually bought and reconstructed 11 discarded historical carriages, and since May 2015, Légiovlak crossed railway stations in the Czech Republic where more than 70,000 people saw it. After Bratislava, the historical replica proceeds to the Czech city of Brno. Updated information can be found (in Czech) at    http://csol.cz/domains/csol.cz/index.php/legiovlak.