AS PROMISED, the Slovak government will sue the European Council over its refugee distribution plan - experts forecast failure. 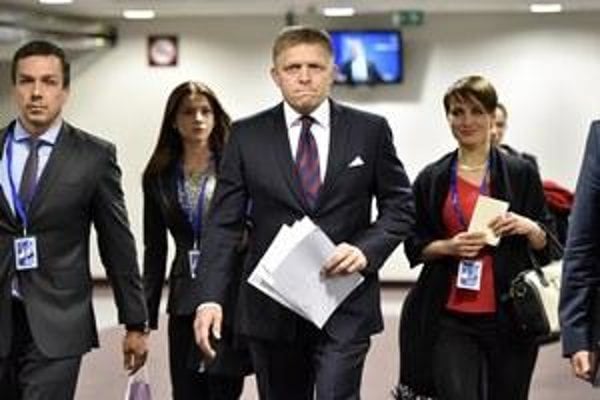 “It is of course a Member State prerogative to challenge Council decisions before the Court,” Andrej Králik, spokesman for the Representation of the European Commission in Slovakia, told The Slovak Spectator.

The Justice and Home Affairs Council, which gathers interior ministers of the EU, passed the plan in a qualified majority vote on September 22. Only Slovakia, the Czech Republic, Hungary, and Romania voted against it.

As he introduced the lawsuit December 2, Fico again labelled the quotas “nonsensical”.

“They have ended up in a fiasco,” Fico told the press conference and argued that no redistribution based on the quotas is taking place right now in the EU, the SITA newswire reported. 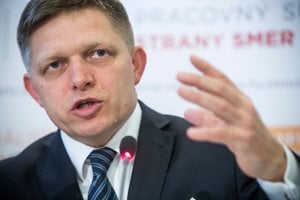 Many analysts as well as the opposition have repeatedly called the lawsuit against quotas just a campaign tool of Smer ahead of the parliamentary elections.

“Rather than follow the voice of reason and not file an unnecessary lawsuit, the current government is focusing only on its own election campaign,” Most-Híd party leader Béla Bugár said.

Quotas “neither suitable nor necessary”

The lawsuit, which was filed on December 2, includes six pleas in law and alleges that by adopting the scheme through a majority vote, the Council violated the principles of institutional balance, legal certainty, representative democracy, and proportionality.

“In particular, the requirement of public discussion and voting within the Council was not respected, the participation of national parliaments in the process of adopting the contested decision was limited and the requirement of consultation of the European parliament was breached,” the Slovak government stated in the lawsuit.

In the lawsuit Slovakia complains not only about the institutional procedure but also about the content of the measure adopted by the Council, which it alleges “is manifestly incompatible with the principle of proportionality, as it is manifestly neither suitable nor necessary to achieve the desired end”.

This is the only plea that could succeed in front of the European Court of Justice (ECJ), expert on European law Viliam Karas told the Sme daily: but only if Slovakia proves there was a better solution than the quotas. This is not an easy undertaking, because the Council took the decision at a time when refugees already were at the territory of the EU and there was no better alternative in sight, Karas noted.

Representatives of all Visegrad Group countries have been negative about the quotas plan. Although initially none of Slovakia’s neighbours showed any enthusiasm for the lawsuit, Hungarian Prime Minister Viktor Orbán eventually announced that his government would appeal against quotas on December 3.

"Hungary will today submit to the European court its appeal against the decision of the European Commission about the mandatory settlement of people, migrants in Hungarian territory," Orbán said at quoted by the Reuters newswire.

Orbán has said the migrant quotas would spread terrorism across Europe, Reuters wrote.

The Hungarian parliament approved the legislation ordering the government to turn to the ECJ in regard with the quotas on November 17.

Hungarian Justice Minister László Trocsányi said that the plan went against the will of the majority of Europe's citizens and violated Hungary's sovereignty because each state should be allowed to decide who is allowed into the country, according to the AP newswire.

No places in Slovakia yet

“As long as court proceedings are ongoing, Member States still have to comply with the law,” Králik noted.

Slovakia’s quota within the mechanism is to accept 802 refugees within a year, and possibly other 656 next year.

There is however “a huge gap” between the commitments of the member states and their actual fulfillment.

Slovakia has so far done its homework by appointing liaisons officers for Italy and Greece and assigning two experts for the European Asylum Support Office. Slovakia also responded to the call of Frontex to strengthen border guards, Králik said.

The government however still hasn’t announced the number of placements for the relocation of asylum seekers from Greece and Italy, Králik noted, adding that so far, 14 member states have done so, amounting to 3,346 out of the projected 160,000 placements.