STUDENTS of the Slovak University of Technology in Bratislava (STU) will be able to use two new assembly halls and the university scientific park. 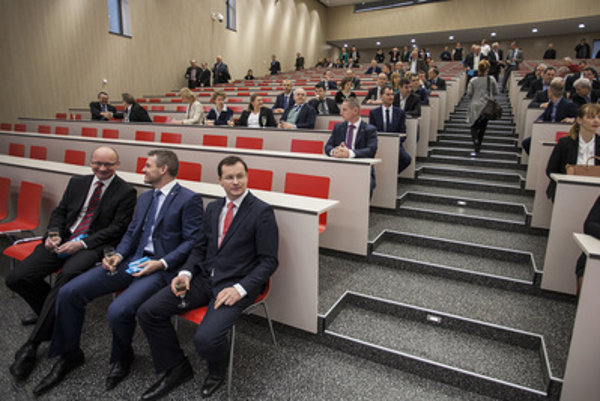 “Today, we have opened new halls in the Faculty of Informatics and Information Technology,” Rector of STU Robert Redhammer said, as quoted by the TASR newswire. “This is the last part in this building, the completion of which had to be postponed. Now, the whole building is fully functional and ready to serve students.”

On December 1, they opened the Faculty of Informatics and Information Technology in its Mlynská Dolina campus, with the launch being attended by Speaker of Parliament Peter Pellegrini, Education Minister Juraj Draxler and university representatives.

Together with the halls, the STU university scientific park has also been opened, also located in Mlynská dolina. Both students and professors will be able to use new computers, cloud solutions, data centre and laboratories equipped with new technology for research and science.

With the completion of the park, the university reached the European level, Redhammer said. “We believe that these investments will help us get into European cooperation and get resources directly from Brussels for international scientific research, for elite projects,” he said.

Apart form the Bratislava park, STU has also a university scientific park in Trnava at the Faculty of Material Science and Technology.