SLOVAKIA’s government has moved fast over the past week to beef up the country’s anti-terrorism legislation, but the opposition calls the changes hasty and are calling for adequate control mechanisms to protect personal freedoms. 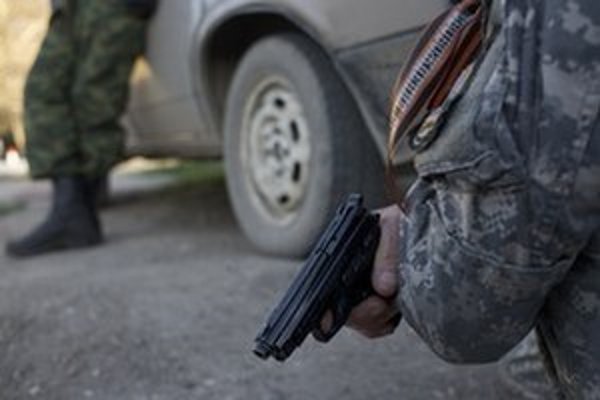 The cabinet passed a set of anti-terrorism measures on November 27 and the parliament spent most of the following week discussing the proposed amendments, which bring more powers to police and intelligence services, including prolonged detention of terrorism suspects.

“Migration is linked with terrorism,” Prime Minister Robert Fico said, adding that it is “incumbent on us to respond to the threats and to the EU’s failure by taking our own action” and that every country in the EU is adopting stringent measures.

Slovakia does need to react to terrorism threat in the EU, possibly with a legislative change. But the security situation in the country hasn’t changed so much that the government would need to react immediately, passing a set of measures in a fast-tracked procedure, security analyst Jaroslav Naď told The Slovak Spectator.

“The government is sewing this with a red-hot needle and burring thread,” Naď said. He maintains that there should have been more room for expert discussion before the measures were proposed. “The motivation here is the parliamentary elections that are nearing.”

While beefing up the anti-terrorist legislation is not a problem in itself, the way the government proceeds is.

“We did not take into consideration all the circumstances that need to be considered, including the control of the potential abuse of the legislation,” Naď said.

Also other analysts have noted that the increased security measures should also be accompanied by strengthened control mechanism, to prevent potential abuse.

“It’s not alright if someone talks about greater powers for police and intelligence services, but at the same times does not allow for them to be adequately and effectively controlled,” Martin Dubéci, running in the elections on the slate of Most-Híd, told the Sme daily. He noted that the parliamentary committee for the control of the activities of secret services is controlled by the ruling party.

“People who are doing nothing wrong don’t need to fear any monitoring,” Naď said, but added that it is still very important to secure the adequate control of those units that will have access to sensitive information like data on the movement of people, phone calls, and other information that interferes with personal freedom.

The parliament was debating the set of measures in the second reading on December 3.

The ruling Smer can pass most of the measures on its own, with its simple majority of 83 MPs. For the proposed amendment in Constitution, however, at least seven opposition votes are necessary (qualified majority of 90). A constitutional change is needed to prolong the detention time for terrorism suspects, from the current 48 hours to 96 hours.

The government also proposes to prolong the deadline for the judge to hear and decide on further detention of a detained suspect, to 144 hours.

Of all the parliamentary parties only the Christian Democrats (KDH), who have 16 MPs, suggested they would support Smer’s amendment. Other opposition politicians refused to endorse the measure.

Most-Híd proposed to keep the current deadline for judges at 72 hours.

“In the case of police we understand the reasons to prolong the detention time of terrorism suspects to 96 hours, since data need to be gained from databases from abroad, but the cabinet has posed no relevant reasons to do that with courts too,” the party’s MP Gábor Gál said.

Most-Híd’s Lucia Žitňanská noted that the measures do not maintain the necessary balance between security on the one hand and freedom and privacy on the other.

Opposition politicians accused Smer of abusing the topic for campaigning and labelled the set of measures just another campaign item.

Žitňanská also noted that some of the proposed measures have nothing to do with terrorism and Smer only proposed them as part of the set because it did not manage to pass them previously, or wanted to avoid the interdepartmental review (which is not required in fast-tracked procedure). These according to Žitňanská are some of the measures widening the competencies of intelligence services and the police.

Freedom and Solidarity (SaS) sees the measures as an attempt to limit the freedom of citizens.

The government has proposed 15 legislative changes and more measures are expected in the coming days and weeks.

Naď says that while some of the proposed measures are unnecessary, other, more acute problems, are not dealt with, for instance the area of propaganda or activities of paramilitary groups and various quasi-alternative media or foundations.

The main security problem of Europe nowadays are not migrants or some things that Slovakia could influence on its own. It’s citizens of the EU of whom there are several tens of thousands and who are radicalised, and who travel to Syria or Iraq using their EU passport and participate in the activities of ISIS, and then they return to their home country, Naď noted.

“And there I don’t think that the measures that have been mentioned could have any effect,” Naď said. “Especially not in Slovakia, where we have literally a couple of individuals who are radicalised and whom the information service is monitoring.”